“What I think 100% is that I don’t believe Guns N’ Roses can do another ‘Appetite for Destruction,’ just like Fall Out Boy cannot do another [2003’s] ‘Take This to Your Grave.’ Once your life is changed and you have kids… I think it would be really hard to re-box that… 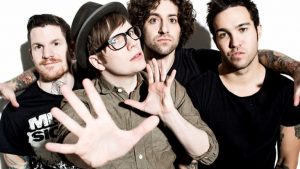 After the interviewer said that Skrillex opened one of the shows during GN’R’s ongoing tour, Pete added: 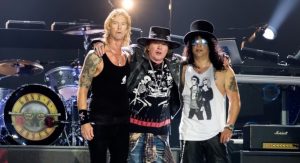 “Oh they did, didn’t they? Hey, so it could organically happen. It just seems that’s the way… ‘Cause there are two dangers – the danger that you stay the same forever and your thing gets smaller and more quaint. But there’s also the danger of jumping the shark and just latching onto whatever’s popular. But I think if you work with somebody that you organically have a relationship with, maybe you’ll just come up with something that’s kind cool and different.”