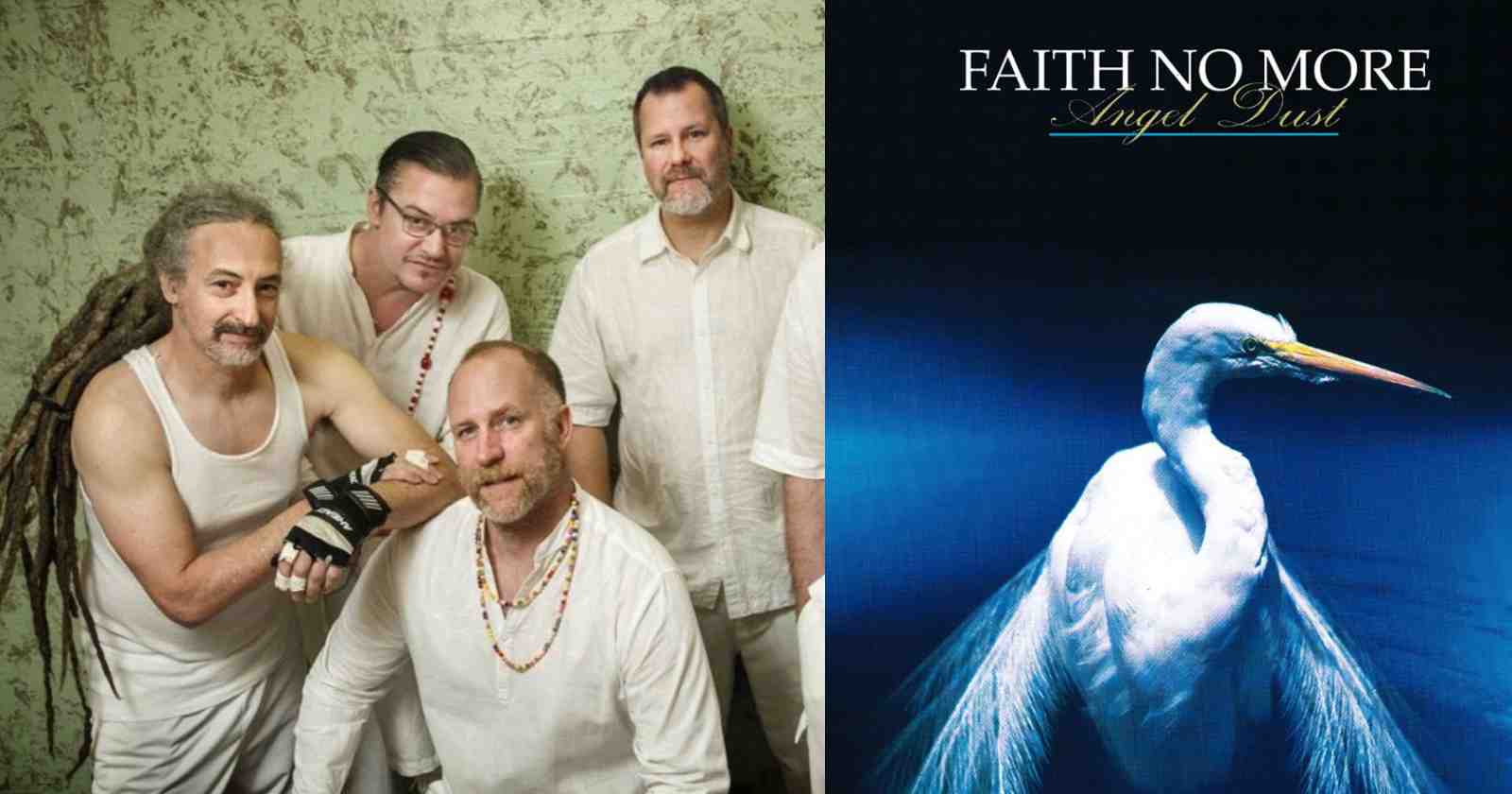 The members of Faith No More talked on the band’s social networks about their classic album “Angel Dust” on its 30th anniversary that was celebrate on June 8. The album that was released in 1992 was the follow-up of their successful 1989 record “The Real Thing” and became their best-selling studio album, having sold an estimated amount of 2.5 million copies worldwide.

The record had hits like “Midlife Crisis”, “A Small Victory” and their Commodores cover of “Easy”.

The band’s bassist Billy Gould celebrated the anniversary of the album, saying: “Angel Dust for us was a dive off a high cliff, with no idea what would meet us at the bottom. It was challenging, exhilarating, stressful and at times almost terrifying. It was a real and genuine period of growth for us on many levels. The process reinforced a confidence towards our music that would serve us well in everything we did afterwards.”

Keyboardist Roddy Bottum also celebrated the album, saying that the band challenged themselves when they were recording: “In a more intense version of nonconformity and proving what we weren’t, we set out to challenge those who’d listened to us and liked us and ended up challenging ourselves as a band. The process got dark. I was dealing with major personal obstacles and it went into the mix. There were high stakes and the result felt rebellious and empowering. Wouldn’t change a thing.”

Drummer Mike Bordin noted that the album was an evolution of what all the band members experience on their previous record and tour: “Each of us put everything we had into it. All we experienced on the previous Album and Tour helped us to evolve into this one. We were challenged both internally and externally throughout the process. Very pleased with the result. Also very pleased that it still resonates with people.”

The band dind’t shared any comments of the ex-Faith No More guitarist Jim Martin, who recorded that album with the group and was fired in 1993 due to creative differences.