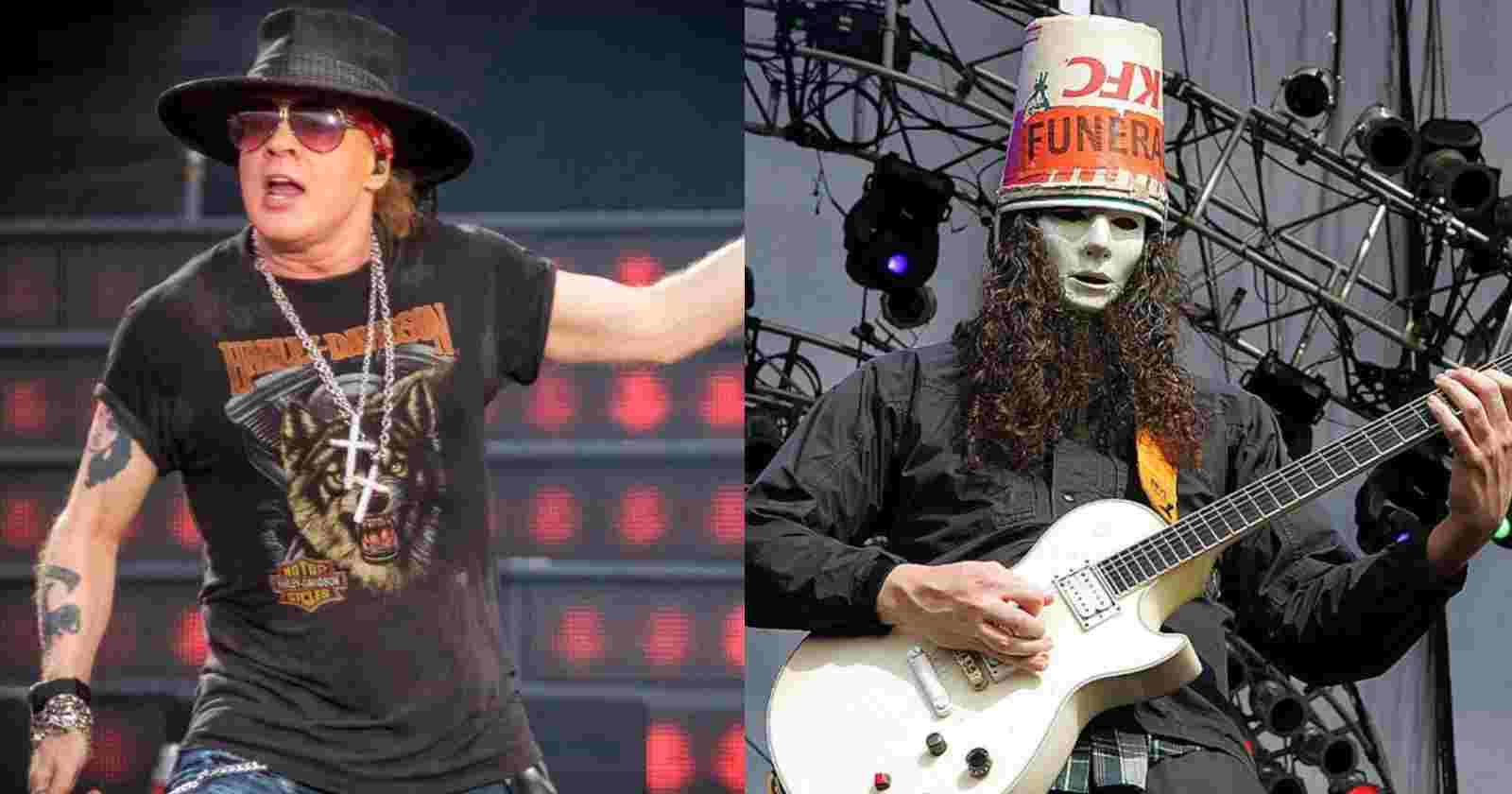 Rock and Roll had many musicians with different looks and one of them is Buckethead, talented guitarist that hides his identity with a mask and a KFC chicken bucket. Ex-Guns N’ Roses manager Doug Goldstein recalled in an interview with Appetite for Distortion when the guitarist was in the band after Slash left.

“The best part of it is when you actually walk into the studio and see it, you’re like, ‘Wait a second, this is really a chicken coop! It’s a man-sized chicken coop, but it’s a chicken coop all the way!’ Complete with the wire and, I mean, I was cracking up when I walked in!”

Did you have to hire people to tend to the chickens or Buckethead did that himself?

“I never saw any chickens in there, it was only for Buckethead to be in.”

OK, I thought there were also chickens in there!

“Only Buckethead. He was cooped up, I guess.”

The manager also talked about Buckethead in the same podcast some months ago, saying:

“It wasn’t bad. His [Buckethead’s] behavior wasn’t bad, it was head-scratching, that’s the best way to put it. To hear that he can’t play his leads until we build him, literally, a chicken coop in the studio for him to play in. I mean… it’s just something you’re not really used to dealing with. But to be honest with you, I was so used to dealing with anomalies at that point, you know?”

“When you’re hired as a manager and you get a phone call that somebody had pushed a grand piano through the window, and it’s over-hanging houses below it, that’s not a normal manager’s job, to then call a heavy-equipment company and get something called up so they can actually put it back inside.”

“So, dealing with Bucket was kind of easy. That was, ‘Alright, he wants a chicken coop, that’s fine.’ But he was a really nice guy. He’s very shy; very, very, very shy.”