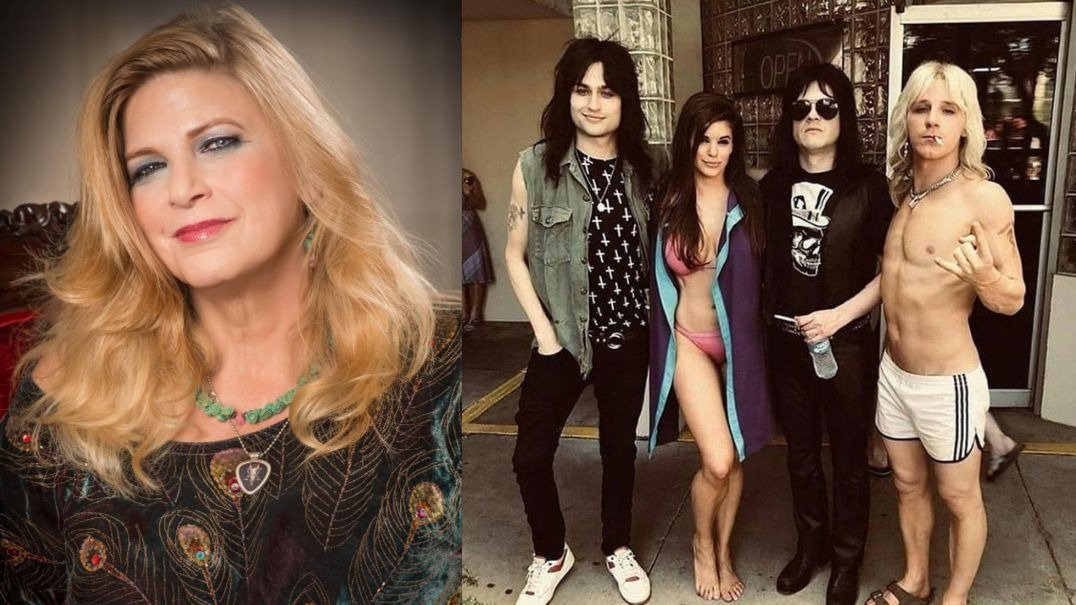 Vicky Hamilton was Guns N’ Roses and Poison manager and also a management consultant for Motley Crüe and Stryper. She was recently asked by Variety about the new Motley Crue biopic “The Dirt” and whether the movie’s “depiction of the ’80s metal scene and the era’s misogynistic culture” is accurate.

“Was that era like the film portrayed? Yeah, it was. Obviously, using women like sex toys is very concerning to me.”

“But what really scares me about this movie is that with the #MAGA guys out there right now, this sort of behavior could become popular again. I don’t want to see women get treated like that and take a step back.”

The source says that Hamilton added that “she was on the receiving end of plenty of sexual harassment, although not from Motley Crue or Guns N’ Roses.”

“It was more of a problem when I was younger and hotter. But verbal harassment never went away. I have been an independent contractor for the past 15 years and if I feel it’s going to be an abusive relationship, I won’t take on the job.”

Sherry Ring, who handled the publicity department at Elektra from 1988 through 2004, said:

“I had many personal dealings with Motley Crue – more specifically with Nikki [Sixx], he would call me fairly often and we brainstormed a lot. They were very polite and I really loved working with them.”

Asked whether she had been sexually hassled or harassed by musicians or coworkers, Sherry replied:

“I wouldn’t call it any of those things. Yes, I had musicians and coworkers ask me out. But no was mostly no.”