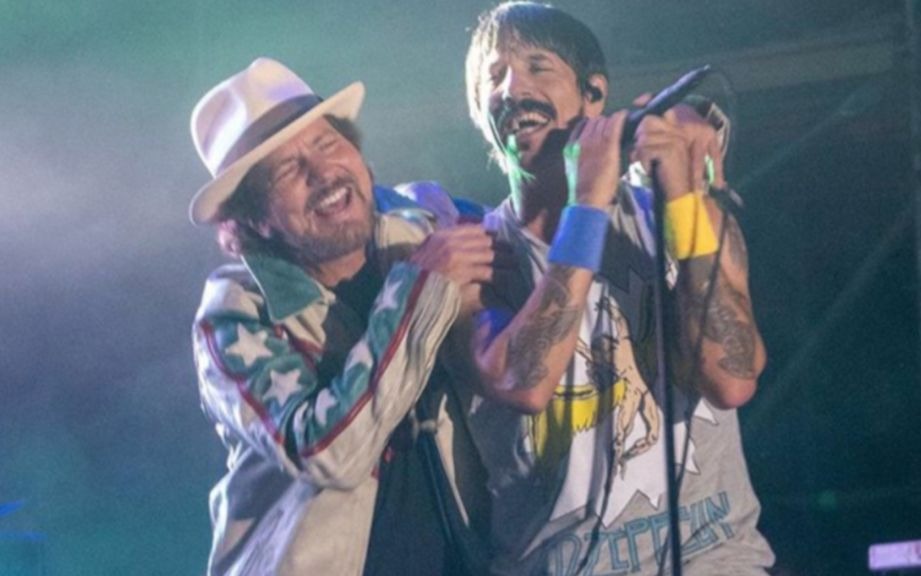 On November 2 the annual charity event held for the Silverlake Conservatory of Music, a non-profit music school founded nearly 20 years ago by Flea, bassist of Red Hot Chili Peppers happened. The band played at the event, and Eddie Vedder also attended.

In addition to the separate performances, the group and the Pearl Jam leader also teamed up at the end of the show and played Prince’s “Purple Rain” and Jimi Hendrix’s “All Along The Watchtower.”

Chili Peppers played classics such as “Soul to Squeeze”, “Suck My Kiss” and “By the Way”.

Vedder, in turn, led the event with a solo performance, but with Pearl Jam’s hit list.

This was the second time in just over a month that the musician performed along with RHCP. The previous time, the two played “Just What I Needed” by The Cars in honor of singer Ric Ocasek, who died on September 15.