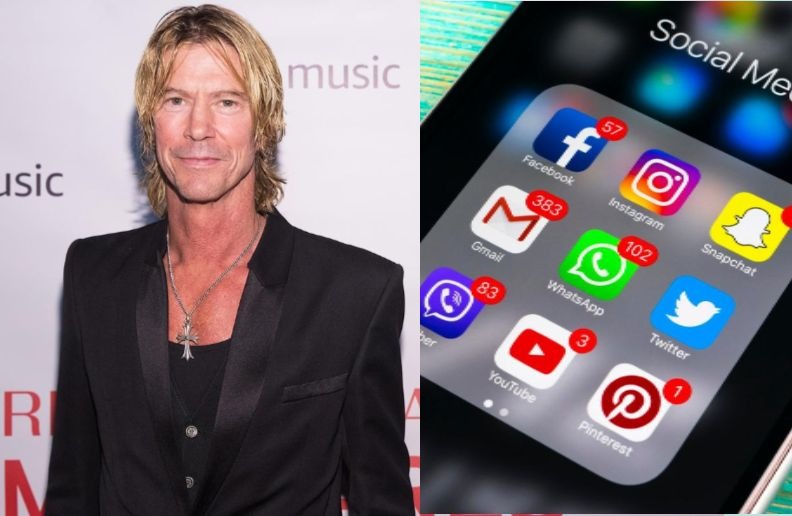 In an interview on Jonesy’s Jukebox, Guns N’ Roses legendary bassist Duff McKagan talked about his new album and said that life is better without social media and watching the new daily.

“The ideas for these songs were, originally, ideas for things I was gonna write for possibly a third book – observations I made while traveling.

“Not observations of Guns N’ Roses, but of the actual things I was seeing. A very interesting time – inarguably – in all of our history, the two-and-a-half years we were on tour.

“Without comment, really – just observing. Writing columns for Seattle Weekly for five years, I really became an observationalist more than, ‘Oh, look at that.’ I would stand back and look.

“A lot of times, I didn’t get the cable news you see in America. And I don’t check Twitter when I’m on tour; I just post something – ‘Soundcheck.’ And, man, I’ve gotta tell you, life is a lot cooler that way.

“I’d get back to where the news station – they’re just screaming and yelling, and it’s like three different things, and panels on there and all of this. It makes you feel like there’s a divide.

“And me traveling without that stuff and talking to people and going places, I really realized there’s not that divide and there’s kind of two different things going on, and I wrote about it.

“And this record, Shooter was so great at kind of getting that whole method of the record and the lyric writing. I used his band, and one of my most favorite musical experiences was recording this record with Shooter.”