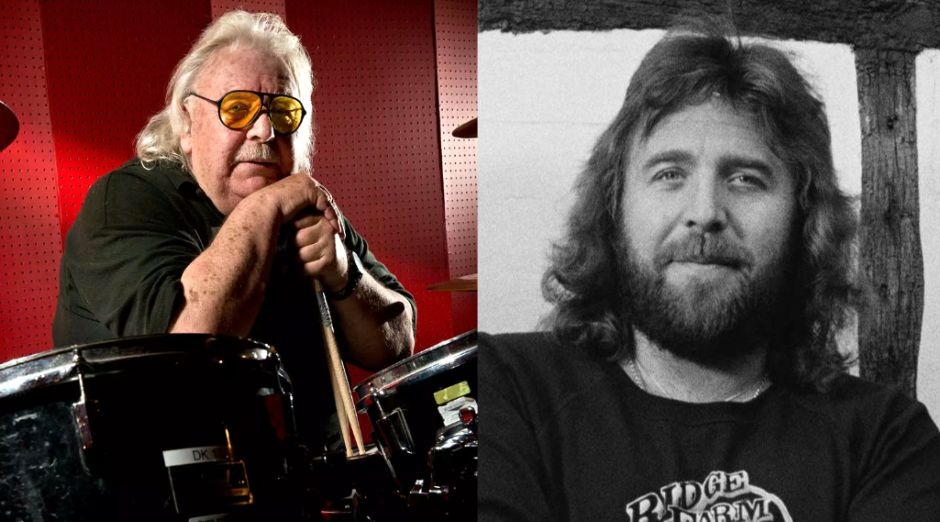 Lee Kerslake, a renowned drummer for Uriah Heep and Ozzy Osbourne, surprised his followers in December 2018 by ensuring that doctors had given him eight months to live as a result of terminal cancer. A strong message that moved Ozzy Osbourne, who did not hesitate to send him two platinum records of Blizzard Of Ozz and Diary Of A Madman a month later.

It has been guitarist Joe Konas, former partner of Lee Kerslake in The Gods, who has reported on the current health status of the musician.

“Yesterday I called Lee Kerslake to wish him Season’s Greetings to him and his family. We had a good old giggle for about an hour. All though Lee has his ups and downs, he’s feeling slightly better, and he still has his great sense of humour and keeping busy with all kinds of musical interviews and documentaries.”

“I also came across a funny photo of MYSELF, Lee Kerslake, and KEN HENSLEY a bunch of years ago, we were joking around with Lee, and it looks like Ken may have goosed him. LOL. Once again Merry Christmas to a Wonderful Mate to Whom I tip my hat to, also to all my friends.LOVE TO ALL. GOD BLESS. Joe Konas and Family”

Joe Konas was a member of The Gods from 1965 to 1969 and there coincided with both Lee Kerslake and Ken Hensley, two of the great musicians of Uriah Heep.

Lee Kerslake detailed his state of health last year in an interview with Jimmy Kay of The Metal Voice: “It’s prostate cancer, but it has moved to the rest of my body. Now I have bone cancer, which is very unpleasant, so doctors have given me about eight months to live.”

“But I’ve been fighting all the time. Five years ago they gave me four years of life, which gives you an idea. Not only do I have bone cancer, I also have psoriasis and psoriatic arthritis and two heart murmurs.”

“As I said, I am struggling and if any new medication comes out I will experiment with it if it keeps me alive. I have survived all this time since I have terminal cancer, but I have challenged it because music has kept me fighting.”