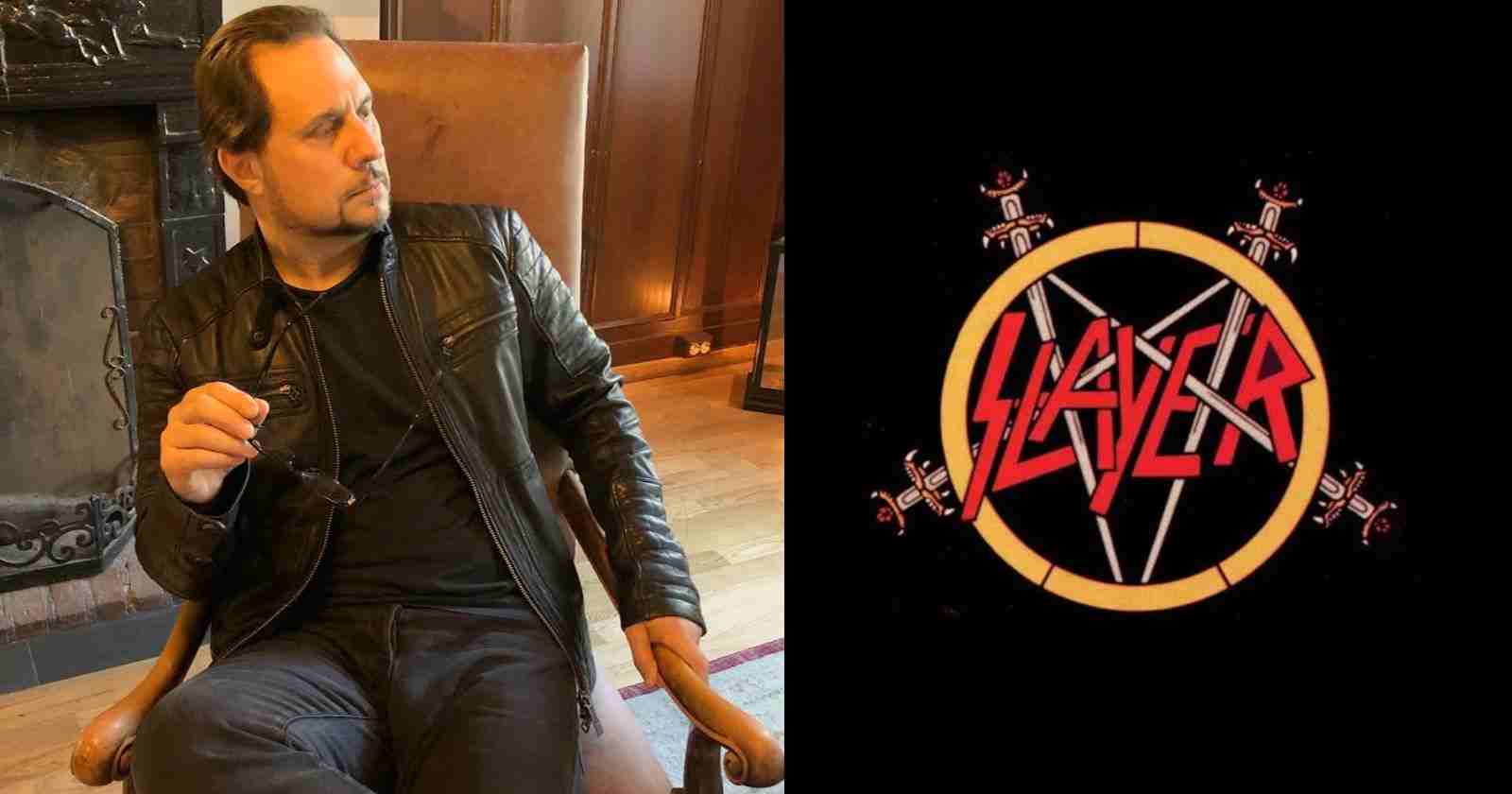 Ex-Slayer drummer Dave Lombardo, that is currently playing with Suicidal Tendencies and other groups, recalled in an interview with Speak N’ Destroy how he created the first Slayer logo at Tom Araya’s house.

Drummer Dave Lombardo how he created the first Slayer logo:

“I remember meeting at Tom Araya’s house, I think we were going to rehearse or something. We were still throwing up in the air names for the band. And I think I believe Kerry brought to the picture or to the moment he brought in Wings of Fire. What he would think about naming the band.”

“Jeff [Hanneman] came in and called it Slayer. He said, ‘Well, I’m thinking Slayer – what do you guys think?’ And Tom and I – I don’t know if we looked at each other, I remember voting for the word Slayer.”

“In the super early days, I was putting together a lot of the flyers, some of the artwork. Kerry and I would work together and put those, get some ideas and put them on paper, print them out, flyer the city and high schools and everything.”

“But they asked me, I think maybe because I was a little more savvy with the pencil. ‘What would be the logo?’ The first thing that came to my mind, ‘If someone is called a Slayer, they’re a killer, murderer. So what does he use? He uses a knife.’

“So I held the pencil, I remember sitting on a floor at Tom’s house, I remember they had a blue rug and we were somewhere in between the living room and the dining room. And I remember this vividly. I remember holding the pencil like a knife and then slashing the paper.

“I’m left-handed, so there’s a reason why it looks a certain way. Because with the left hand, you can easily hold the pencil like you’re holding a knife and you could carve out Slayer’s name. So yeah, I did that.”