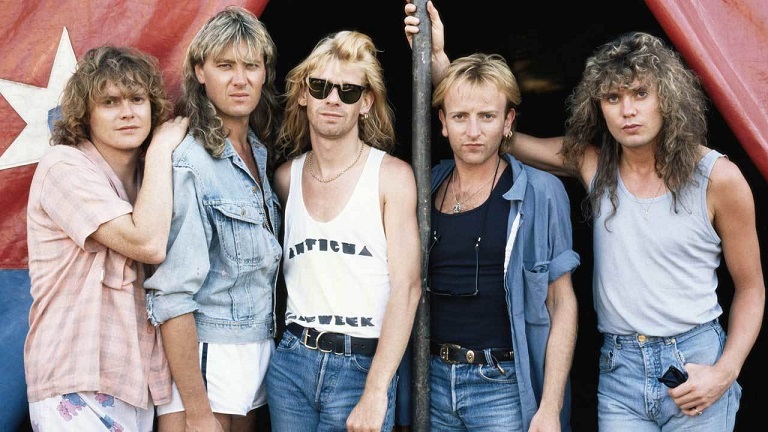 Phil Collen, Def Leppard’s guitarist talked with 106.5 WSFL about the band’s “Pour Some Sugar on Me” and “Hysteria”.

“I wrote the riff. Mutt [Lange, producer] wrote the intro and played it finger-style. I said, ‘Finger-style playing is useless.’ He said, ‘How would you do it?’ So I’d done it with a pick, and he was like, ‘There you go.’

“Joe [Elliott, vocals] was sitting in a corridor. We’d finished all the songs [for ‘Hysteria’], and were just finishing the album up. Joe was going [sings], ‘Pour some sugar on me,’ and Mutt goes, ‘What’s that?’ [Joe] goes, ‘Oh, I don’t know.’ 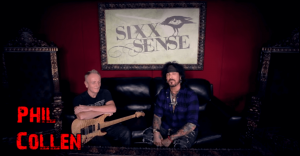 “Within 10 days, we’d finished the song, and the record company went crazy because we’d spent all this time, and Mutt said, ‘You know what? I think this is going to be the most important song on the record, so we really need to record this.’ We got the hang of it, then.

“It was the quickest song on the record. It flew, and it had all the stuff – sexy, it just had all the right ingredients and elements. Mutt said, ‘Let’s make it kind of rap,’ because RUN-D.M.C. and other bands were kind of exploding, and the meter was a rap meter. “That’s really where that comes from, which is interesting, because rock bands don’t usually do that. They don’t take something like that that’s supposed to be the opposing genre. God forbid you cross them. That’s what we were really all about, that album in particular – taking different genres and mixing them all up.”

Talking about “Animal”, he said:

“It was actually a big deal, because obviously, we’re from there, and we were totally ignored. I can understand why. The music we do is really based on American music. 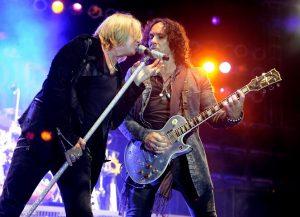 “Even The Beatles, everything was based on American music, so I can totally get that why in England they weren’t really getting it, because it sounded very much like an American band and they thought we’d sold out.”