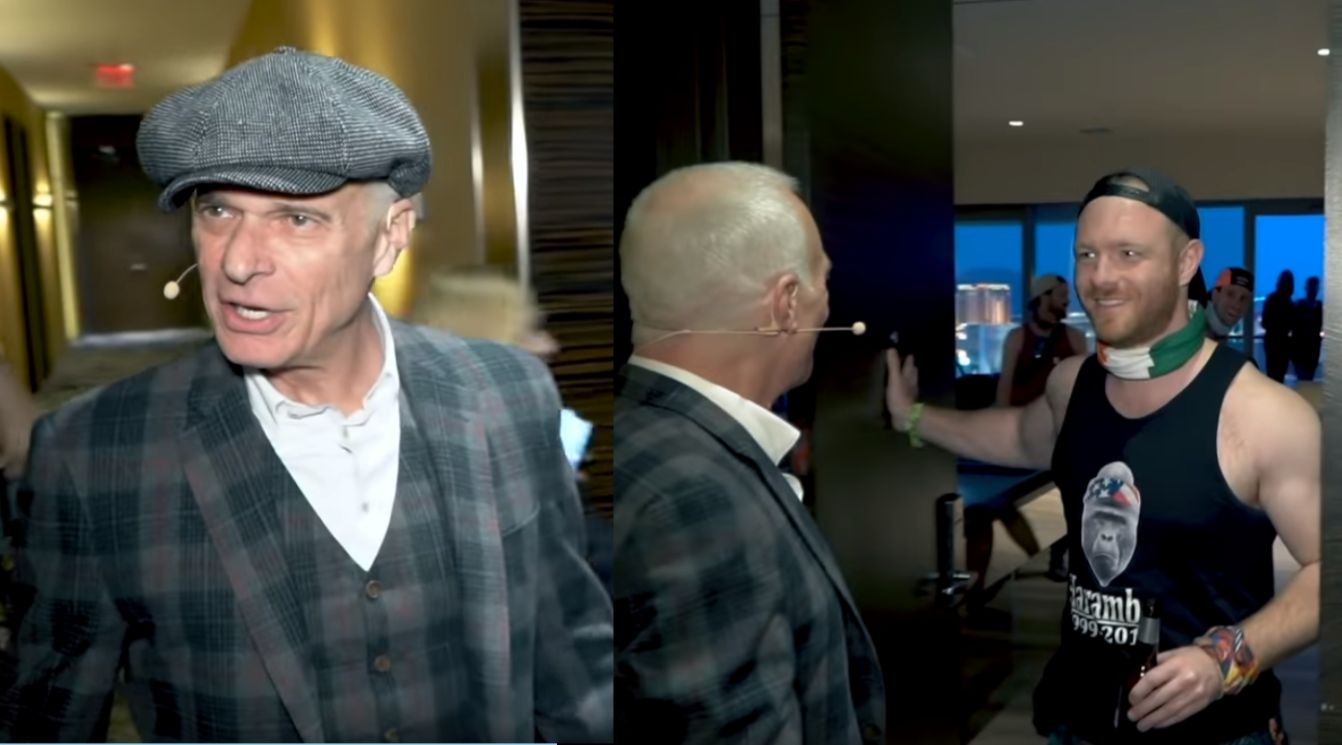 Roth was staying at a city hotel during the Electric Daisy Carnival (EDC) music festival, when he apparently heard Van Halen’’s music being played in a nearby room.

With a few people, the singer approached and knocked on the door of the hotel’s neighbor, saying to the surprised fan: “We heard Van Halen here. My name is David Lee Roth, and I’m across the hall.”

The entire meeting was filmed and sent to Roth’s official YouTube channel:

“I just pursued this, I was over at the House of Blues yesterday. There’s lots and lots of people requesting.”

“There’s lots and lots of people requesting.” But — what would a David Lee Roth residency entail? “I kind of am the patron saint of midnight when everybody’s guilty of all ages. It’d transcend neighborhoods. You can be wearing a cowboy hat or you can be wearing five inch clogs out there with sparkles in your hair. You can have dreadlocks or a crew cut, you can wear a military uniform to work or you can wear a bikini to work and you know what David Lee Roth brings to the proceedings, okay?”