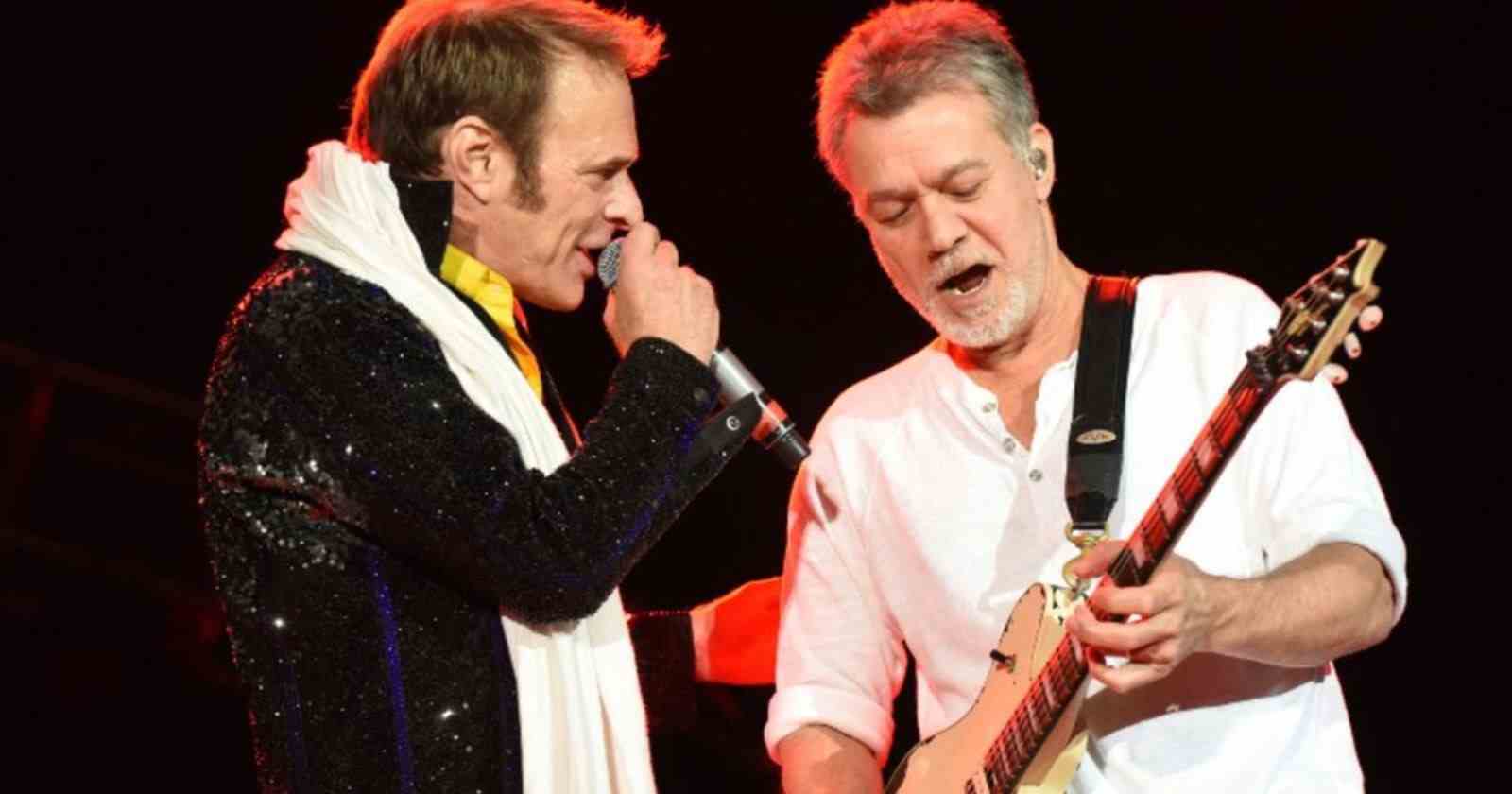 Original Van Halen singer David Lee Roth released a new song to pay tribute to the late guitarist Eddie Van Halen. “Somewhere Over The Rainbow Bar and Grill” was recorded several years ago by the vocalist with guitarist John 5 (Rob Zombie, Marylin Manson). The title of the song is a mashup between the classic song “Somewhere Over the Rainbow” composed by Harold Arlen with lyrics by Yip Harburg, for the 1939 film The Wizard of Oz and The Rainbow Bar & Grill, famous bar located at the Sunset Strip in Los Angeles.

somewhere over the rainbow bar and grill
never knew me a better time
and i guess i never will
somewhere over the rainbow bar and grill
some say they was happy then
me, i’m happy still
down at the local canteen
you know the smell of fresh sawdust
when they first throw it on the floor
you hear a rockin’ little rhythm
from inside the rythym kitchen
as you’re walkin’ past the canteen door
120 degrees, good times spreading like humanity
here’s what i found out
this one belongs in the book or it oughtta be;
we’ll do a shot as we sail out!

yeah we know all the punchlines
but we still laugh like hell
one thing never changes;
still can’t afford the bill