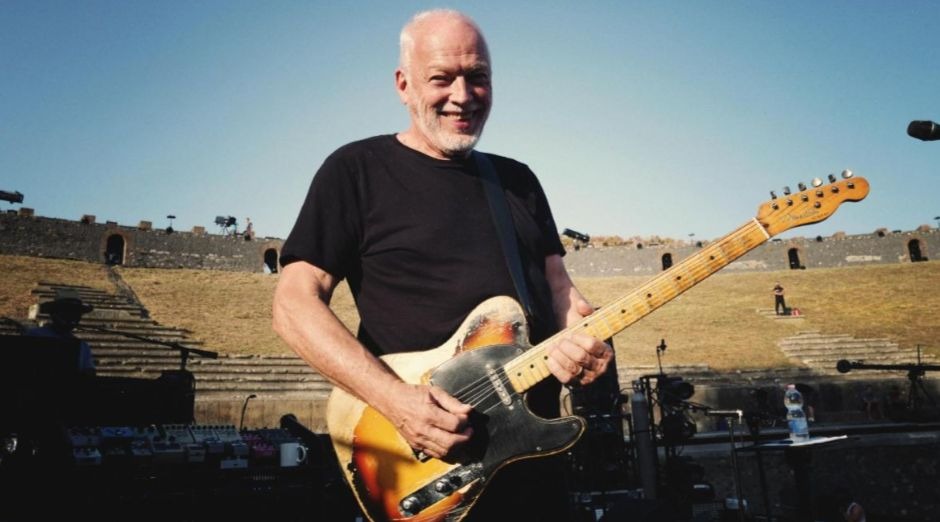 David Gilmour, lead singer and guitarist for Pink Floyd, announced that he will broadcast on his official YouTube channel the show “David Gilmour – Live At Pompeii”. The transmission will take place next Friday, May 8 and At 5.00pm BST (12.00pm EST).

The performance took place in 2016, 45 years after the Pink Floyd show at the same venue. Also the performance was the first of the rock genre presented to an audience in the ancient Roman amphitheater. Pompeii was built in 90 BC and buried by ashes during the eruption of the Vesuvius volcano, in 79 AD.

“At 5.00pm BST (12.00pm EST) on Friday 8th May, a screening of critically acclaimed film David Gilmour Live At Pompeii will represent the last of Pink Floyd’s four contributions to the @YouTube Film Festival. The preceding three of which have already garnered a total of more than 4.5 million views.”

In addition, “The concerts were the first-ever rock performances played to an audience in the ancient Roman amphitheatre. Which was built in 90 BC and entombed in ash when Vesuvius erupted in AD 79. David Gilmour is the only performer to play to an audience in the arena since the time of the gladiators, almost 2,000 years ago.”

“The film was shot in hi-res 4K by director Gavin Elder and released in over 2,000 cinemas worldwide in 2017. The concert features songs from throughout David’s career. Including the title tracks of his two most recent No. 1 solo albums: Rattle That Lock; and On An Island. As well as Pink Floyd classics, and an extraordinary performance of The Great Gig In The Sky from The Dark Side of the Moon, which David rarely plays as a solo artist.”