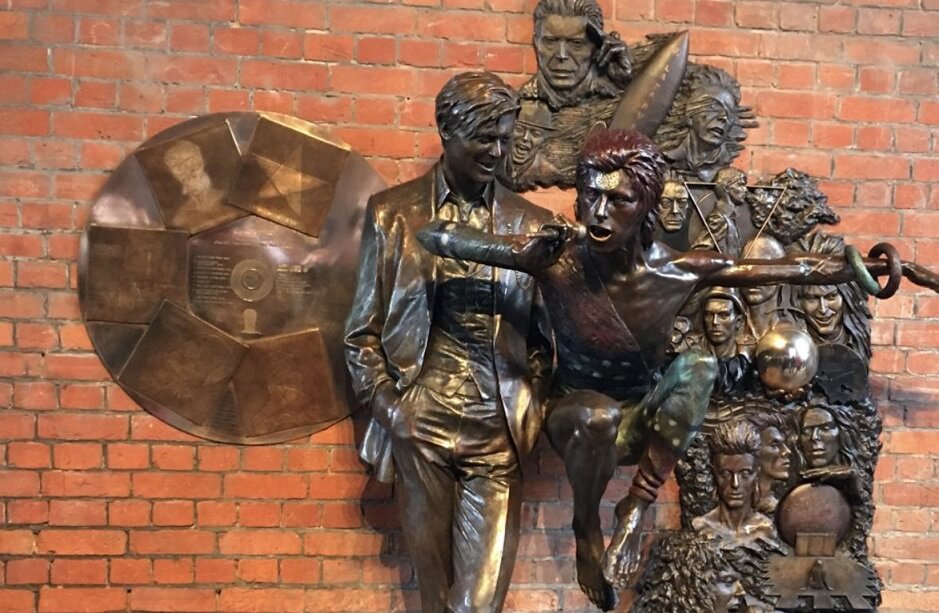 Singer David Bowie won his first statue in Buckinghamshire on the outskirts of London, England.

Named “Earthly Messenger”, the monument represents several phases of the musician’s career and was installed in Aylesbury Square, where he would have performed for the first time with his persona Ziggy Stardust and debuted two albums in house show in the 70’s. 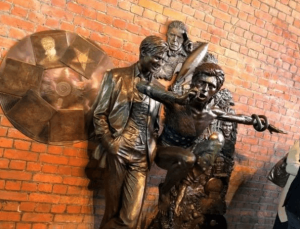 David Stopps, a fan and resident of the area, had the idea of ​​honoring Bowie two years after his death with the statue that celebrates his career and his life. Stopps raised £ 100,000 through a Kickstarter campaign for the tribute. According to him, one-third of the donation was made by fans outside the UK.

The statue was created by Andrew Sinclair and plays Bowie’s songs every hour during the period from 9:00 am to 9:00 pm. 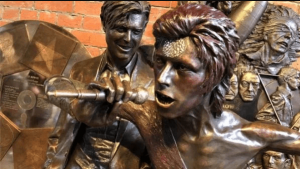