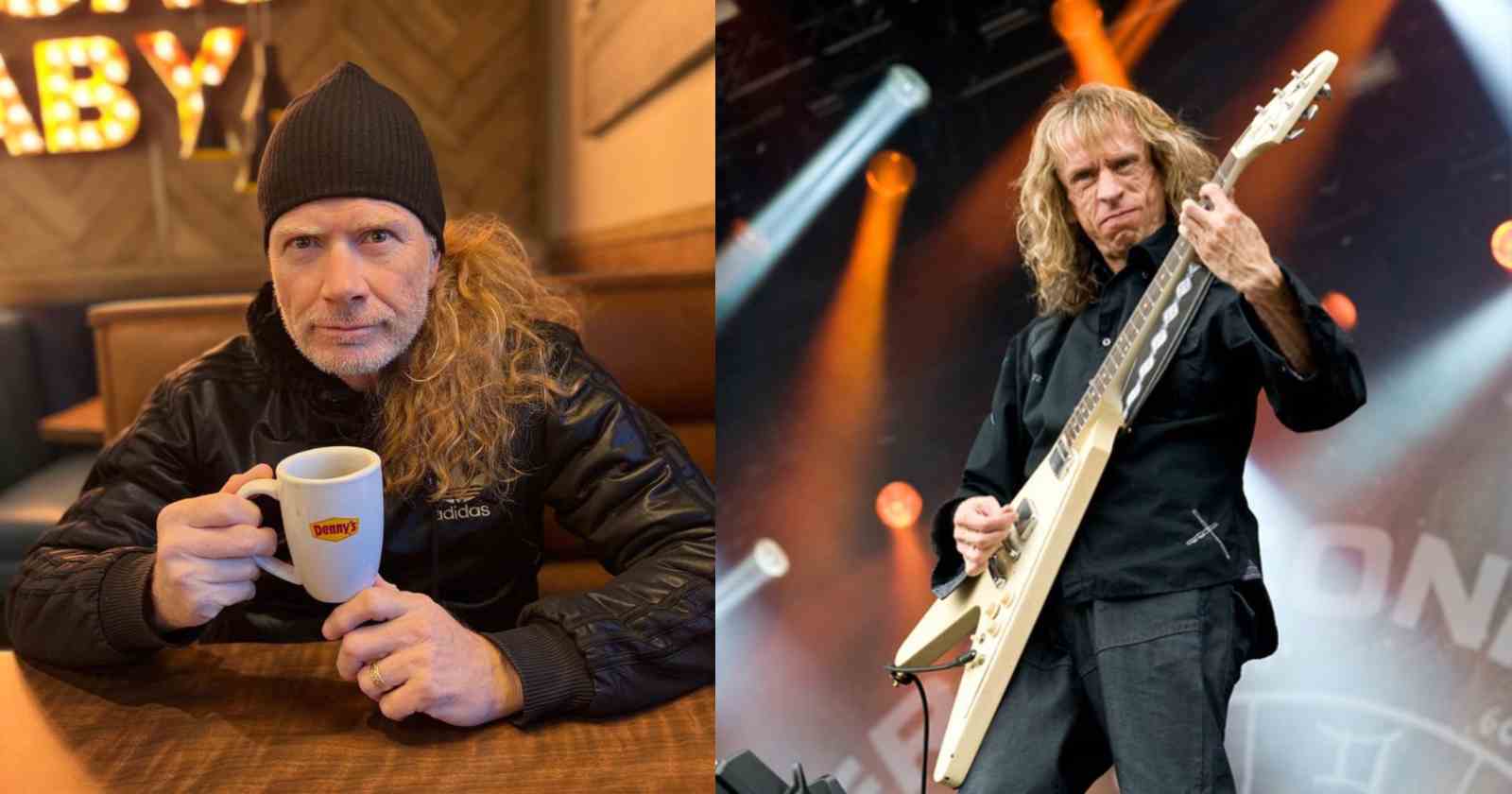 The Megadeth founder, guitarist and singer Dave Mustaine talked in an interview with Sirius XM’s “Liquid Metal” (Transcribed by Blabbermouth) about the influence of Diamond Head, important band from the New Wave of The British Heavy Metal, that was also a huge inspiration for Mustaine’s previous band Metallica.

Dave Mustaine talks about the influence of Diamond Head

“(Diamond Head was) probably one of the most influential bands in the New Wave Of British Heavy Metal. If only for the fact that they were in the right place at the right time. I thought they had a great singer, and I thought the guitar riffs were amazing. And the press had gone as far as to say that they were the heir apparent to Led Zeppelin. That was a massive compliment for Diamond Head.”

“So at the time, when I first heard them, it had come through my last band, Metallica, from the drummer, Lars [Ulrich], who was evidently touring with Diamond Head; he would be a fanboy and follow them.”

“I got to meet them on a little different level. I met them as equals, or as myself, as an established musician. So I got a chance to kind of really, eyeball to eyeball, meet this guy Brian Tatler, the guitar player from Diamond Head. And just a sweet man. A tremendous talent on guitar.”

The most famous song from Diamond Head is “Am I Evil” that was released on their debut album “Lightning To The Nations”. It was covered by Metallica as the b-side of their 1984 single “Creeping Death”. Being later included on the band’s multi-platinum covers album “Garage Inc.”

During their career, Metallica also covered other Diamond Head songs like “Helpless”, “The Prince” and “It’s Electric”.