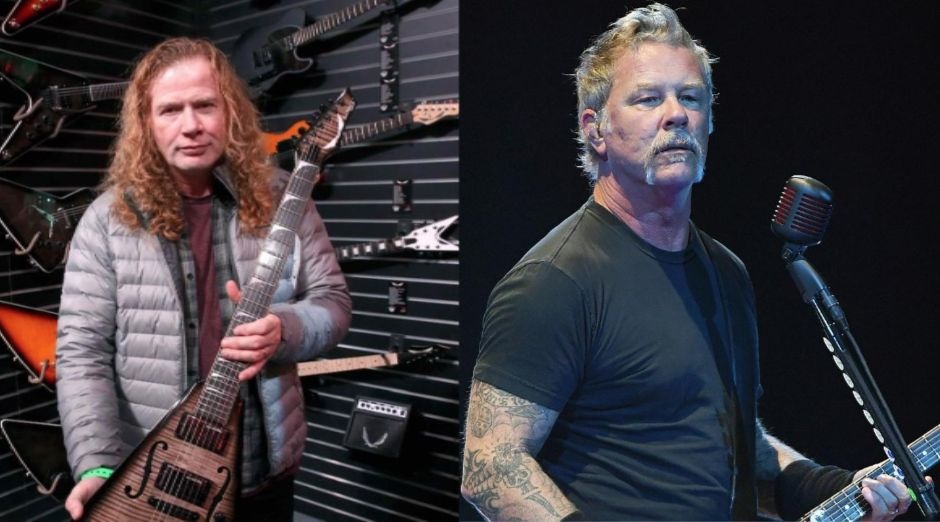 Dave Mustaine relationship with Metallica members were never that good, since the singer and guitarist was fired by James Hetfield and Lars Ulrich after the band’s first album.

But, time has passed and they got together in some occasions, even on the Big Four tour a few years ago. Recently, Megadeth leader was diagnosed with Cancer and is going through treatment. In an interview with Rolling Stone, he revealed that Hetfield talked to him and that surprised him.

“A lot [of support] came from people that I knew but I didn’t know cared. Most notably, I got a text message back from my old brother, James Hetfield, and I was so, so happy to hear from him.”

“Contrary to what anybody says, and contrary to any of the act that we put on, I love James and I know that James loves me and cares about me. You can see that when the moment of truth is here and I’m telling the world that I’ve got a life-threatening disease. Who comes to stand next to me? James.”

“I’m really grateful for everybody. Even the people who have a hard time with my behavior and my big mouth, I’m just so grateful for them showing care for me. Like they say, at the end of the day, all we’ve got is each other here in this crazy metal community.”

Last september Dave Mustaine released a statement saying he was close to the end of the cancer treatment and doctors were “very positive” about his progress. Next January Megadeth returns touring in Europe and may release new songs until there.