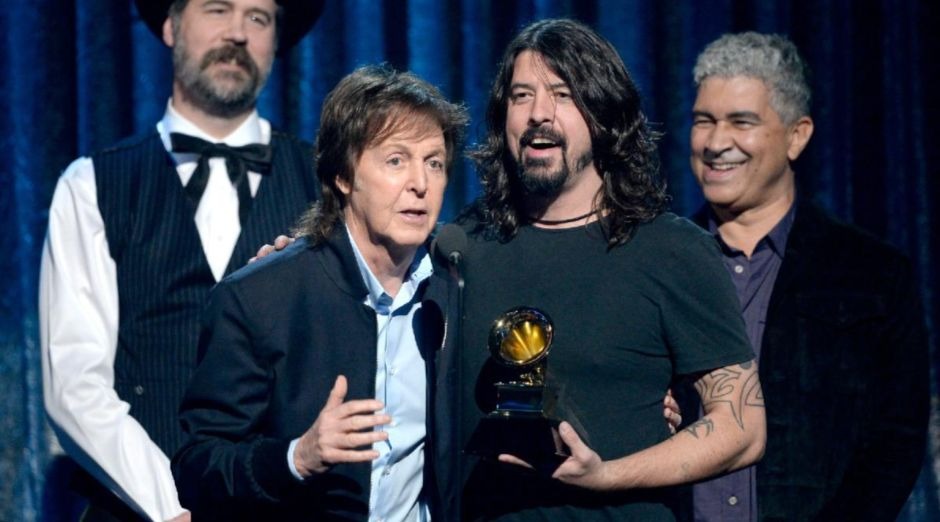 In a recent interview with British BBC radio Dave Grohl of Foo Fighters commented on the supposed death of iconic Beatles’ vocalist and bassist Paul McCartney.

In September 1969, a rumor about the artist’s death spread in the United States, based on the songs and album cover of Abbey Road album, within a few weeks became an international phenomenon.

“The song ‘I Am The Walrus’ sparked a lot of controversy and fueled the conspiracy theory about the death and replacement of Paul McCartney with a double of his own,” says Grohl.

“When people listen to this song, the theory is fed only by the lyrics, but when I listen, I hear the subtle nuances of the brilliant engineering that was used to make this record.”

During the interview, Grohl also talked about the first contact with the Beatles.

“I had never listened to a rock and roll record, you know? This was my introduction to rock and I have this album in my house to this day. I remember that night when I came home, I lay in my bed to sleep and kept singing the ‘na-na-nas’ at the end of the song. It was so stuck in my head that I couldn’t sleep.”