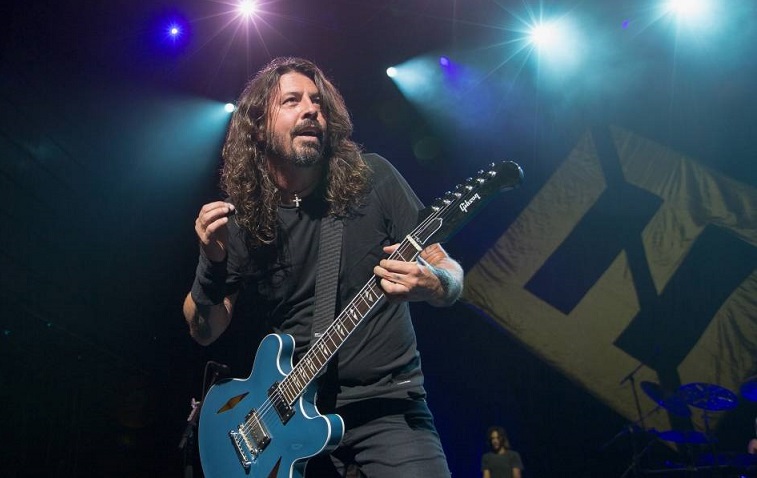 During interview with 98.7 FM Dave Grohl said he is optimistic about Rock and Roll’s future. He said that the new generation will resurrect the genre in the next 10 years.

“We have this amazing fanbase of people who come out to see us every time we come into town. We see people who were kids when we first went out on tour 25 years ago who are now bringing their kids to shows.

“You’re looking out there and like, I get it. My kids, I have one kid who is really into Bowie and Stevie Wonder and The Beatles, but also into new music too, and she’s in a rock band.

“She sings in a rock band, my daughter Violet. The kids that she plays with, they’re rock and roll kids. So I’m looking at these kids thinking, ‘Okay, they’re in it, they’re in it for real.’

“Something is going to happen with them in the next 10 years, and I think there’s another generation of kids, that is going to bring it back.”

About cyclical nature of the genre, he said:

“In the ’80s, you had all these rock bands that got huge. There was so much glamor, all the dudes had crazy hair, limos, they were shooting their videos at Crazy Girls, riding Harleys. A lot of bands. It kind of went its course or whatever.

“Then there were a lot of bands that loved playing rock music but didn’t have anything to do with that. It was more about we’re just dirty kids who play in garages and write these so

Ronnie James Dio autobiography will be released in 2020
See Steve Harris net worth, lifestyle, family, house and cars
To Top