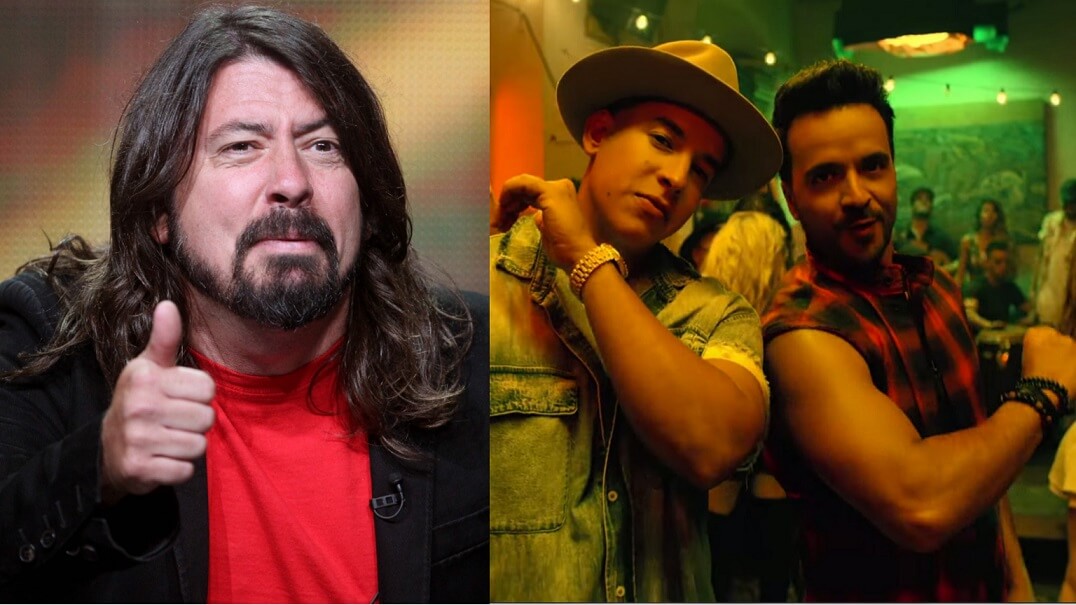 Dave Grohl talked about the recent Foo Fighters album “Concrete & Gold” and the lead single “Run,” admitting he wasn’t even aware the tune has the same drum beat as majority of pop hits out there these days. Among them is Luis Fonsi’s “Despacito,” currently the most viewed song on YouTube with 4.5+ billion views.

Read what he said to Bilboard in interview:

John Fleckenstein, RCA executive vp: I think fans wanted the Foos to come back and recenter themselves around that classic Foos sound, but in a more updated way.

Dave Grohl: I thought maybe the strangest thing we could do is go make a record like most bands do [in a commercial studio]. It’s exciting when you’re in a hive of activity where everybody is inspiring each other. That’s the first time that has happened since the fucking ’90s.

Dennis Blair, RCA senior vp promotion: Dave was sitting in my office explaining the record to me as ‘Sgt. Pepper’ meets Slayer. Like, what? I couldn’t fathom it. When you listen, you totally get it, but that was a challenge for radio. They hadn’t heard that aggressiveness in a Foo Fighters song in a long time.

Dave Grohl: I couldn’t even walk when I wrote ‘Run.’ There’s some catharsis there, that I get to scream my brains out. I’m a huge fan of old-school thrash metal, so I was really excited, 22 years into being the Foo Fighters, to have a song that’s probably the heaviest thing we’ve ever recorded.

Nate Mendel: I knew that’s how a year-and-a-half of shows were going to open – with that riff. The funny thing about ‘Run’ is, it’s got a reggaetón beat and we didn’t really realize it.

Dave Grohl: I said, ‘What the fuck is a reggaetón beat?’ And Greg played six songs on the radio right now by Justin Bieber and everyone else.