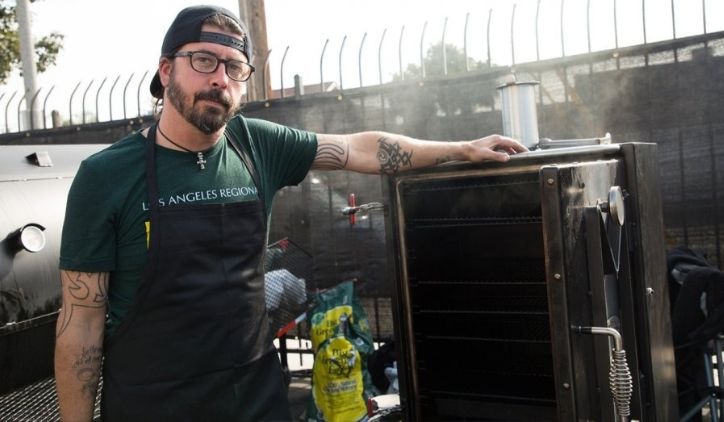 One of the few things that Dave Grohl likes as much as music is cooking. And if it’s BBQ, he loves even more. The former Nirvana and frontman of Foo Fighters told Bon Appétit how that love was born back in 1992, along with the end of Nirvana.

“Nevermind [1991 album] came out, and suddenly I started making lots of money, something I never had. I bought a house in North Carolina. I stayed there all summer of 1992. [Stay the whole vacation] eating pulled pork [pork neck smoked on the grill] and in a cabin. I’d fill a pot of that, and I’d eat until it was over, and then I’d get another and eat again – just pulled pork on a bread and cabbage salad, that’s all. Then I realized, ‘Oh, this is barbecue.’ So simple, and yet so sublime and complex.”

The passion was born there, but he only learned to make the meats many years later. In 2015, specifically, when Grohl fell off stage at a Foo Fighters show and broke his leg. Had to stay at rest and leave the tour.

“I had nothing to do but play with a barbecue grill that they gave me. I watched some tutorials on YouTube. The first thing I did were ribs. I did it for my kids, and they loved it! But each one had only two ribs, and I promised to do it again the next day,” said the drummer. 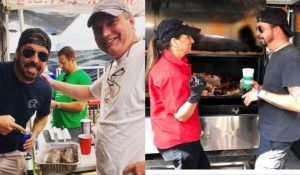 Every day that he did barbecue was to overcome the previous one. Soon, he began to party for 50 to 75 people – the small barbecue was out of the question, and he had to buy bigger and bigger gadgets (like the cover photo). “I made beef and pork chest. My friends said ‘this is delicious, open a restaurant!’

It was not long before, instead of cooking for 70 people, Grohl was feeding a few hundred. “What really made me cook for crowds was the fires at Malibu (2018). I wanted to cook for everyone who was evacuated from home. I baked hundreds of pounds of meat and took some packages of basic necessities to the fire stations, just to thank for the work. They were heroes. ”

And to top it off, he spoke a little about the junction of music and cooking: “The process of creating a song is just like cooking for a crowd. You create a recipe as you would a song; You prepare your meal as you would record in a studio. And you serve her like you’re at a show. And then people repeat the dish, and that’s their refrain.”