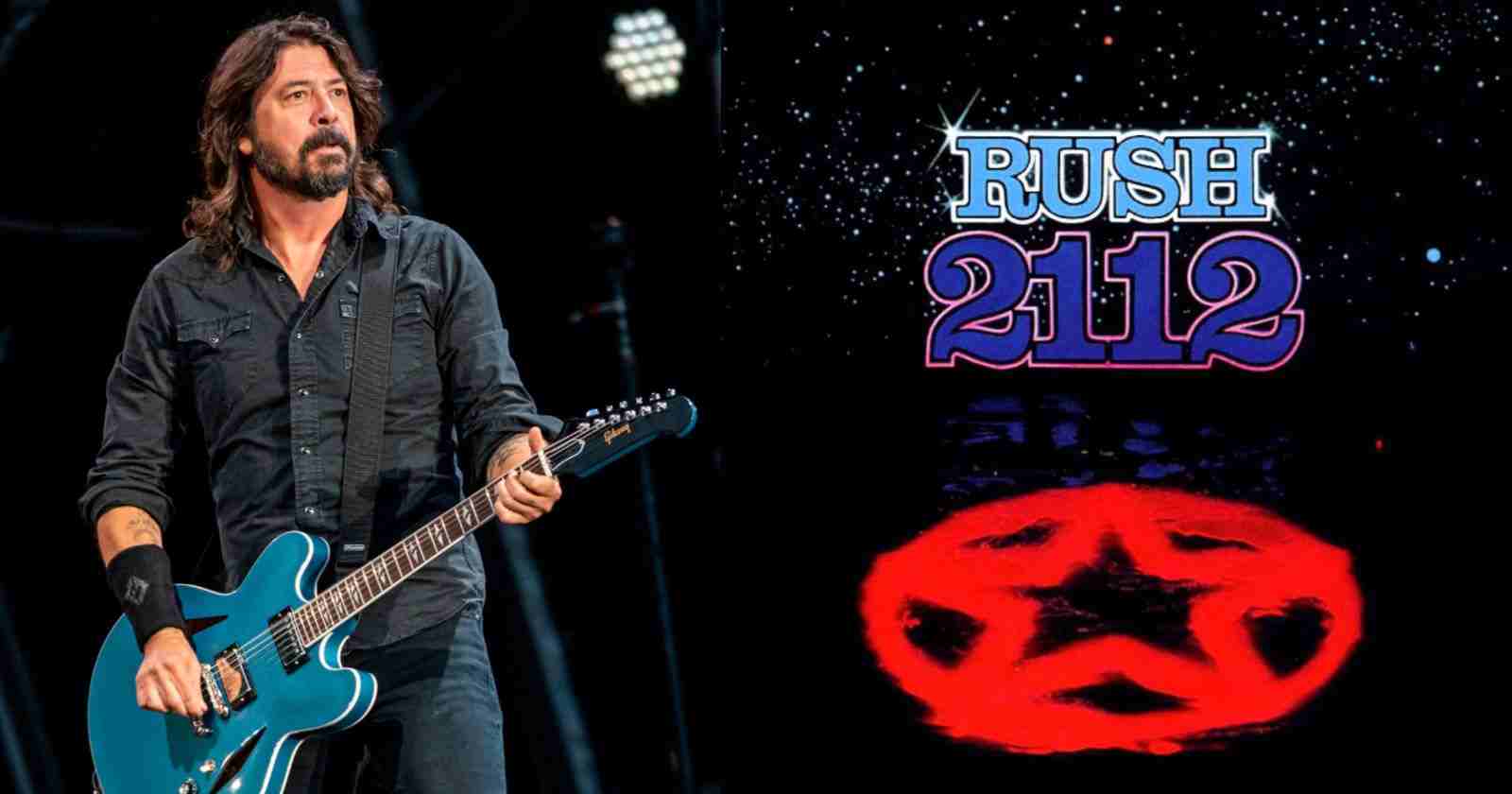 Foo Fighters singer and guitarist Dave Grohl recalled in an interview with Tiny TV the impact that Rush‘s classic album “2112” had in his life. The musician said that it was the first time he realized that a drummer could do something diferent.

“First of all I didn’t have a [drum] set [when I first heard ‘2112’], so it was just pillows in my bedroom. And I put a record on this pillow, that was my hi-hat, and this pillow was my snare. The first album that I really noticed the drums on was ‘2112’ by Rush, someone gave it to me. That was the first time when I really listened to the drums.”

“I couldn’t play what was being played on the record, but it was the first time I thought, ‘Wow, drummers do that? Oh my god!’ And then not long after that I started listening to punk-rock music, and there was something about the simplicity and energy and feel of all different punk-rock drummers.”

“Most of the drummers in punk-rock bands weren’t formally trained or technically trained, they just played with this energy. I would listen to records by bands like the Bad Brains, bands like Minor Threat, Dead Kennedys. I would play along in my bedroom to that, and I could hear what they were doing. So I knew that’s a kick drum, that’s a snare drum, that’s a hi-hat…”