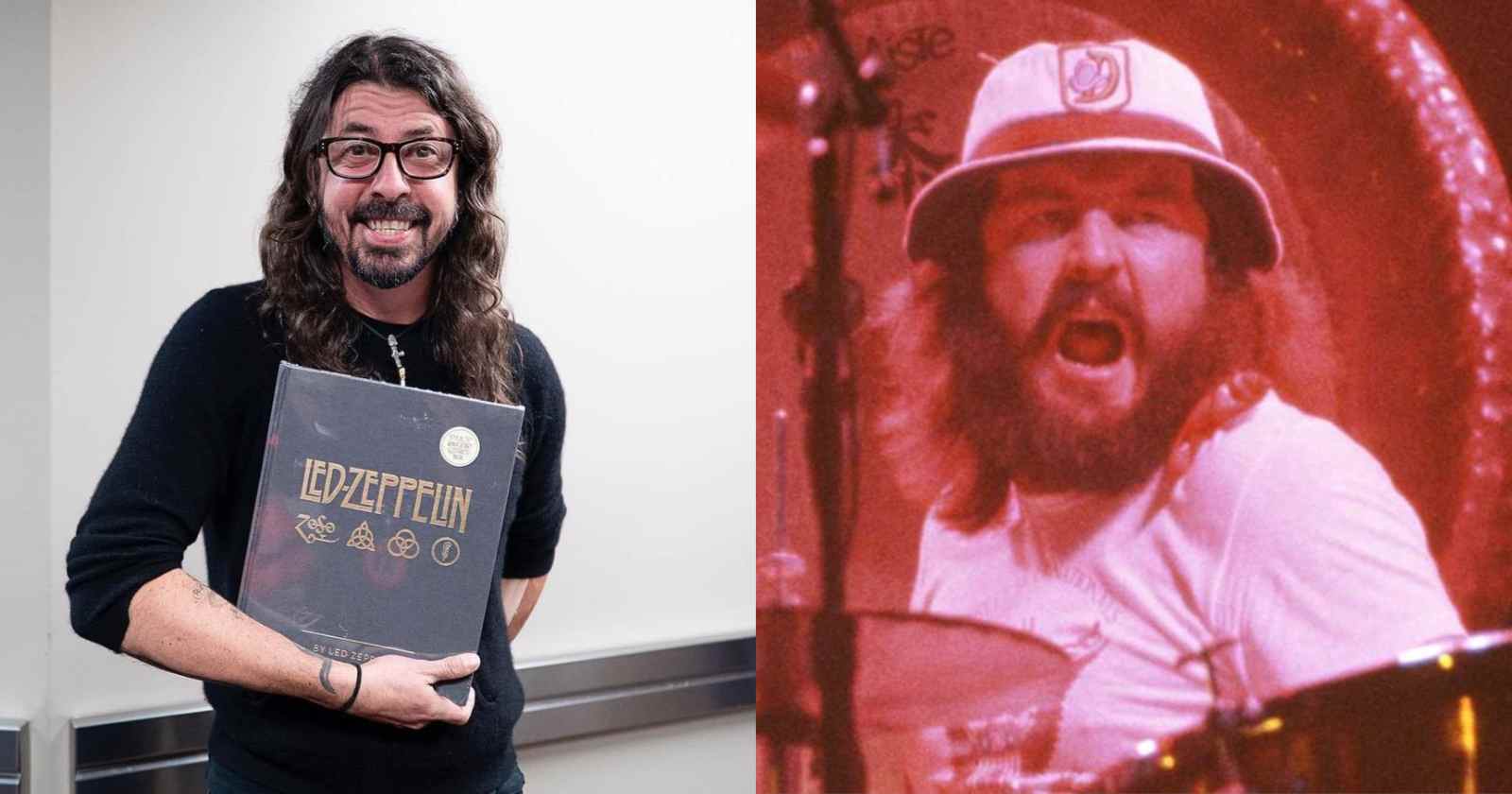 Nirvana drummer and Foo Fighters leader Dave Grohl recalled in an interview with Rolling Stone that before fame he conducted in his house a séance in front of an altar that had John Bonham’s three-circles logo from Led Zeppelin IV and the number 606, during which he asked for a musical career.

Grohl told the magazine that when his wish came true he was scared thinking about it and wondering if he had sold his soul to the devil. “(I) got really scared that I sold my soul to the fucking devil. At what point does Satan come to reclaim the contract I signed with him?”

The musician said that at the time his father wasn’t happy with the musical path his son chose and told him that the career in music wouldn’t last. “(Now I) totally understand why he would say, ‘Please don’t get in that van with six stinky older men and sleep in squats for two and a half months in Europe.’” Grohl also said that his father words inspired him to pursue a successful career.

During the same interview he talked about strange dreams he has releated to live performances:

“I’ve always had these live-performance anxiety dreams. They’re usually Nirvana-related. Like, Kurt’s still alive. We’re doing a show, and I’m so excited that people get to see this once again. I walk onstage. And my drumsticks are the size of telephone poles. And then the audience just kind of begins to scatter.” He affects a meek little voice: “No, no, wait!”

Dave Grohl portrayed the Devil in the 2006 musical comedy movie “Tenacious D: The Pick of Destiny” that shows the real band Tenacious D, formed by Jack Black and Kyle Glass in a fictitious story set in the 1990s about the band’s origins, and their journey to find a pick belonging to Satan that allows its users to become rock legends.

The soundtrack of the movie became the band’s second studio album and Dave Grohl was the drummer. He also sang on the most famous song from the record “Belzeboss (The Final Showdown)”.

In an interview with Kerrang magazine back in 2006, Dave Grohl talked about the movie, saying: “I’ve always said that I’d never do a movie and that’s a sacrifice that I’ve made for you time and time again. But I got to play Satan in the Tenacious D movie! That’s like Kurtz in ‘Apocalypse Now!’ You can’t beat that!”

“Jack came to me and said, ‘I want you to know how gnarly the make-up’s gonna be! It’s gonna be 100 times worse than the ‘Tribute’ video’. And he was right! You know what got me through it? Jagermeister!”