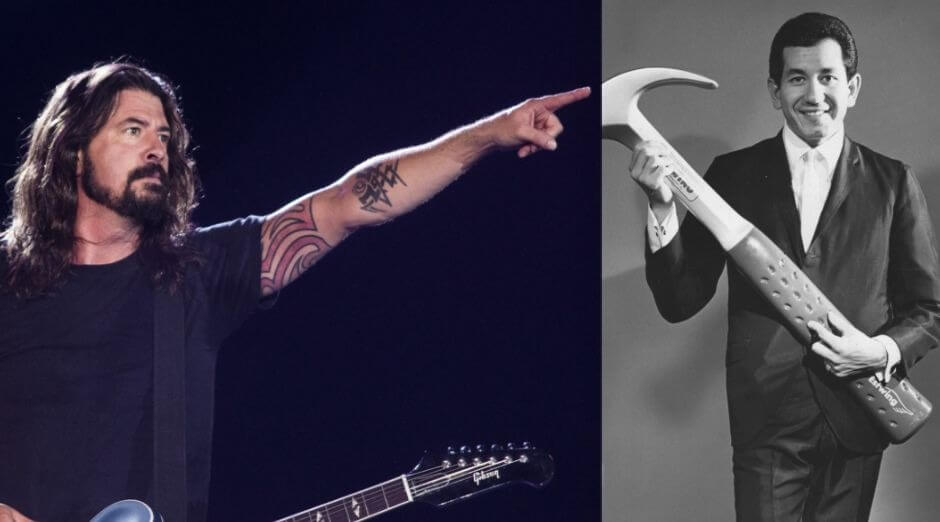 Singer and actor Trini Lopez died of Covid-19 at the age of 83. He was the voice of the classics “If I Had a Hammer” and “Lemmon Tree” and also acted on the movie The Dirty Dozen (1967). Foo Fighters leader Dave Grohl paid tribute to the late musician revealing how he helped to shape the band’s sound.

Dave Grohl said about Trini Lopez on his twitter profile:

“Today the world sadly lost yet another legend, Trini Lopez. Trini not only left a beautiful musical legacy of his own, but also unknowingly helped shape the sound of the Foo Fighters from day one.  Every album we have ever made, from the first to the latest, was recorded with my red 1967 Trini Lopez signature guitar. It is the sound of our band, and my most prized possession from the day I bought it in 1992. Thank you, Trini for all of your contributions. You will be missed by many, remembered by all. RIP Trini Lopez.”

Today the world sadly lost yet another legend, Trini Lopez. Trini not only left a beautiful musical legacy of his own, but also unknowingly helped shape the sound of the Foo Fighters from day one. (1/3) pic.twitter.com/9KRJXDXeWK

You will be missed by many, remembered by all.

Director P. David Ebersole, who just shot a documentary about the Lopez confirmed his death. He died of complications from the new coronavirus in a hospital in California, United States.

The son of Mexican parents, he was born in Dallas, and began his singing career thanks to Sinatra, who hired him through his label, Reprise Records. The big hit came with the song “If I had a hammer”, by Pete Seeger and Lee Hays that spent three weeks on the third place on the “Billboard” list in 1963.

Lopez has four sisters (two are deceased) and a brother, Jesse, who is also a singer. He grew up on Ashland Street in the Little Mexico neighborhood of Dallas and attended grammar school and N. R. Crozier Tech High School. He had to drop out of high school in his senior year. Because he needed to earn money to help support the family.

He formed his first band in Wichita Falls, Texas, at the age of 15. Around 1955/56 Trini Lopez and his band worked at The Vegas Club, a nightclub owned by Jack Ruby. The nightclub owner who assassinated Lee Harvey Oswald, avenging Oswald’s assassination of JFK . In 1957, at the recommendation of Buddy Holly’s father, Trini and his group “The Big Beats” went to producer Norman Petty in Clovis, New Mexico.

Petty secured a contract for them with Columbia Records, which released the single “Clark’s Expedition”/”Big Boy”, both instrumental. Lopez left the group and made his first solo recording, his own composition “The Right To Rock”, for the Dallas-based Volk Records. Then signed with King Records in 1959, recording more than a dozen singles for that label, none of which charted.