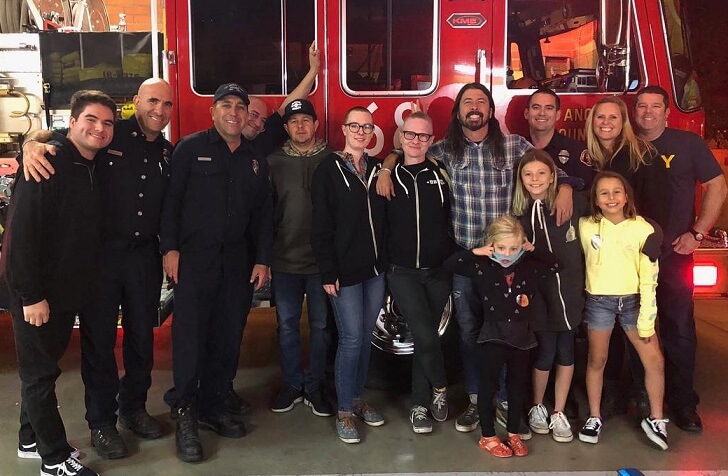 Dave Grohl visited unit 68 of Calabasas Fire Department in California, United States, last Monday (12). At the place, Grohl made barbecue for the team and had his initiative celebrated by the corporation on social networks.

“It was amazing to have a visit from Dave Grohl of the Foo Fighters tonight.” He also made us some of his BBQ, thanks Dave, he was great! “, Posted the corporation page on Instagram.

Dave Grohl had the idea of ​​making a barbecue for the unit’s firefighters because they are working on fighting the fire that affects several areas of California, which has left more than 40 dead and a hundred missing. Thousands of people have lost their homes after the flames have spread.

Dave Grohl’s involvement with the meat market comes from both the Beached Pig restaurant, run by his wife Jordyn in Los Angeles, and the Backbeat BBQ, which may soon become both an establishment and a brand.

The fire that hit northern California since last Thursday, the Camp Fire, has equaled a number of casualties to the deadliest ever recorded in US history, after authorities announced they recovered six more bodies.

As of Monday (12), 29 people died in this fire. But California has more than one blaze at the moment, and two other victims were registered by the Woolsey Fire, which hits the southern region of the state. As a result, the total number of deaths from active fires is 31.

Metallica will be on tribute concert for Chris Cornell
Malaysia cuts “gay scenes” of Bohemian Rhapsody, Freddie’s biopic
To Top