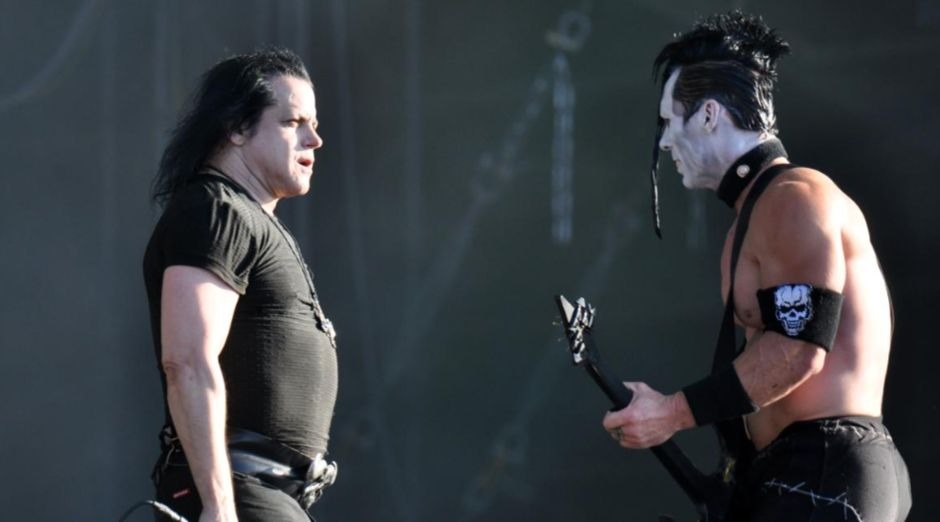 Misfits Singer Glenn Danzig revealed in an interview with Rolling Stone that the band talked about making a new album, but nothing is confirmed.

About future plans for The Misfits, the singer said:

“Not right now. I know we have a show we have to do on May 4th, some festival we’re headlining. But that’s it for a while, especially since Danzig’s going out this year. [The Domination festival in Mexico where the Misfits were set to perform has since been postponed.]

As far as reunions go, the guitarist on the first Danzig albums, John Christ, has been saying he would want to play with you again. Is that something you’d consider?

“I’m not even gonna comment on that. It was like 20 years ago, at least. Maybe more. It was 25 years. I’m pretty happy with Tommy right now. He’s an incredible guitar player. People steal his riffs all the time and he doesn’t get credit for how amazing he is.”

Are you happy with the way the Misfits shows have been going?

“And of course, we’re the first punk band to headline there. And not only did we sell it out – we oversold it. So a big fuck you to all those assholes, who are probably selling hotdogs on Sixth Avenue.”