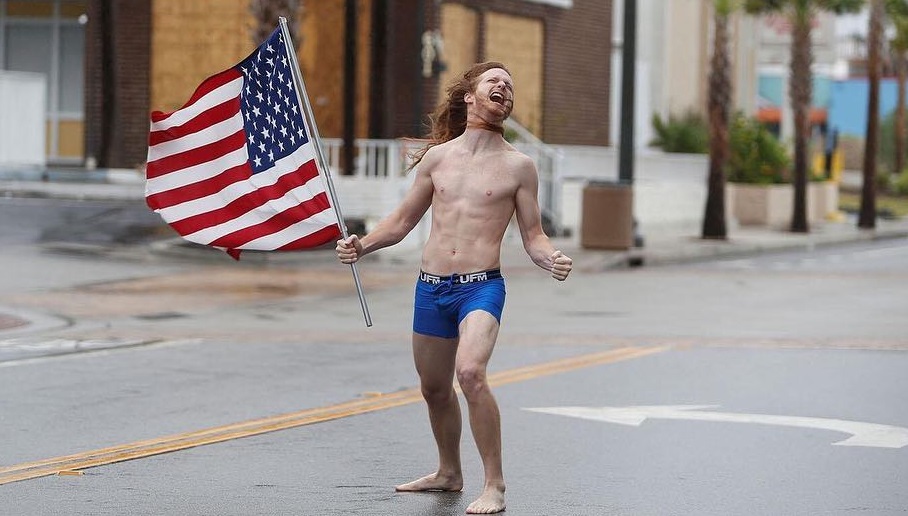 If you’re not aware, the United States is suffering again with a hurricane, this time called Florence. The hard storms are reaching the southeastern part of the country and endangering states such as North Carolina, South Carolina, Maryland, Virginia and Georgia.

Who not only didn’t care too much about the warnings to leave the danger spots, but went into the danger place was Lane Pitmann, Slayer fan who became famous in 2016 when it was filmed “fighting” the Hurricane Matthew to the sound of his favorite band.

A few hours ago he published a new video where he appears in Myrtle Beach, South Carolina, facing Florence, and again to the sound of Slayer. He said that the hurricane is “weak and small” and that “the man from Florida had arrived.”

The trip to the city was made with the help of a virtual campaign that raised $ 255 for “gas and coffee”.

Hurricane Florence, which has killed at least 13 people on the Atlantic coast of the United States, was downgraded to a tropical depression early Sunday morning, but authorities have warned that the devastation is far from over.

According to the press, the provisional balance is 13 fatalities: 10 deaths in North Carolina and three deaths in South Carolina, including a 61-year-old woman who died on Friday when her car collided with a fallen tree on the road.

Gusts of wind and torrential rains caused significant damage. Many roads remain blocked by trees and power poles that have been felled, or by floods.