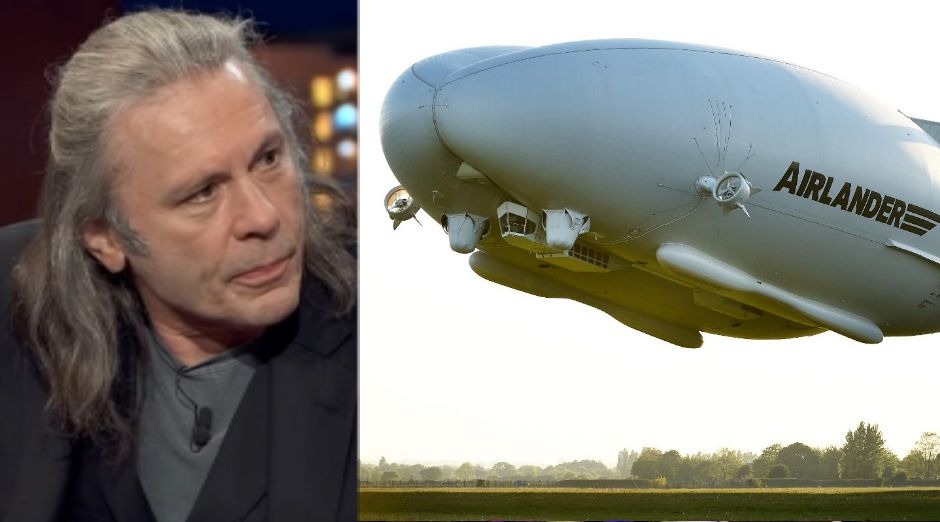 Luxury and reduced environmental impact are the main values ​​of Hybrid Air Vehicles, a company that has Bruce Dickinson (Iron Maiden) as a partner and that is working on the largest aircraft in the world.

Now, the vehicle is closer than ever to becoming a reality. A series of updates has been promoted and, with the new specifications of the aircraft. Everything indicates that it will effectively reach the market between 2024 and 2025.

For “only” US $ 42 million, Airlander offers an internal space of approximately 640 m². In addition, it will accommodate 16 passengers on night trips and up to 40 for meals, parties and meetings.

Another great attraction is that the airship can stay flying for up to five days, and can also land and take off in more inhospitable places such as snow and desert – unlike jets and commercial airplanes. The plane still promises 75% less emissions than a “compatible aircraft”.

In an interview with BBC, Bruce Dickinson said:

“It’s a game changer, in terms of things we can have in the air and things we can do”. “The airship has always been with us, it’s just been waiting for the technology to catch up. It seizes my imagination. I want to get in this thing and fly it pole to pole. We’ll fly over the Amazon at 20ft, over some of the world’s greatest cities and stream the whole thing on the internet.”

Watch a video that shows the aircraft below: