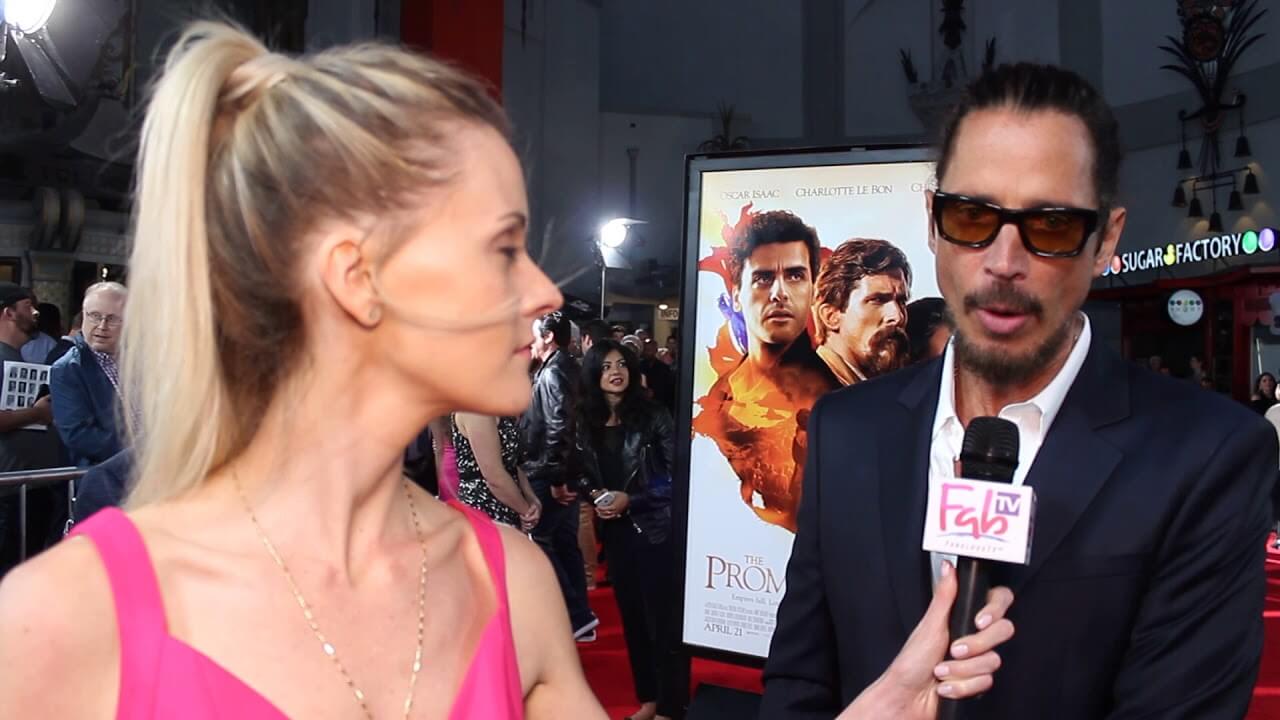 Fab TV posted an unpublished video interview with the late vocalist of the bands Soundgarden, Audioslave and Temple of the Dog, Chris Cornell, only a month before his death.

Cornell was interviewed in April 2017 at the premiere of teh movie The Promise, in New York. This may be Chris’ last interview, as we are not aware of interviews during the Soundgarden tour in late April and May 2017.

Around 12:15 a.m. on May 18, 2017, Cornell was found unconscious by his bodyguard in the bathroom of his hotel room at the MGM Grand in Detroit, after performing at a show with Soundgarden at the Fox Theatre on May 17. He was lying on the floor with an exercise band around his neck and blood in his mouth.

An MGM medic and EMS personnel were unable to revive Cornell. Cornell was pronounced dead by a doctor at 1:30 a.m. Police ruled out homicide by reviewing a hotel surveillance video, which showed nobody entering or exiting the suite after his bodyguard left at around 11:35 p.m. The cause of death was determined to be suicide by hanging. Cornell was 52 years old.

Footage of his final concert was posted on YouTube. Cornell’s widow contacted insurance lawyer Kirk Pasich within a few minutes after her husband’s death in order to handle publicity. Pasich became the spokesperson for Cornell’s widow and blamed Ativan for the singer’s death, stating that Cornell would not intentionally take his own life.

Cornell’s widow said, “When we spoke after the show, I noticed he was slurring his words; he was different. When he told me he may have taken an extra Ativan or two, I contacted security and asked that they check on him.”

On June 2, 2017, the Wayne County Medical Examiner released its autopsy and toxicology report in the death of Cornell. The coroner confirmed that the manner of death was suicide by hanging, adding his injuries were all “consistent with hanging, partially suspended by the resistance exercise band,” and that “drugs did not contribute” to the cause of death.

Only prescription medications in therapeutic doses were found in Cornell’s system: the sedative Butalbital (5.4 mcg/mL), commonly prescribed for the treatment of headache, four doses (41 ng/mL) of the anti-anxiety medication lorazepam (also known as Ativan), the decongestant pseudoephedrine (170 ng/mL) and its metabolite norpseudoephedrine (10 ng/mL), caffeine (from No-Doz tablets that Cornell had ingested), along with naloxone (Narcan), used to reverse opioid overdoses, which was reportedly administered by EMTs arriving on scene.

No pills were found in Cornell’s stomach. The Ativan was prescribed to Cornell in 2016. Photos from Cornell’s hotel room showed that his prescription for Ativan was “1 tablet every 12 hours.”