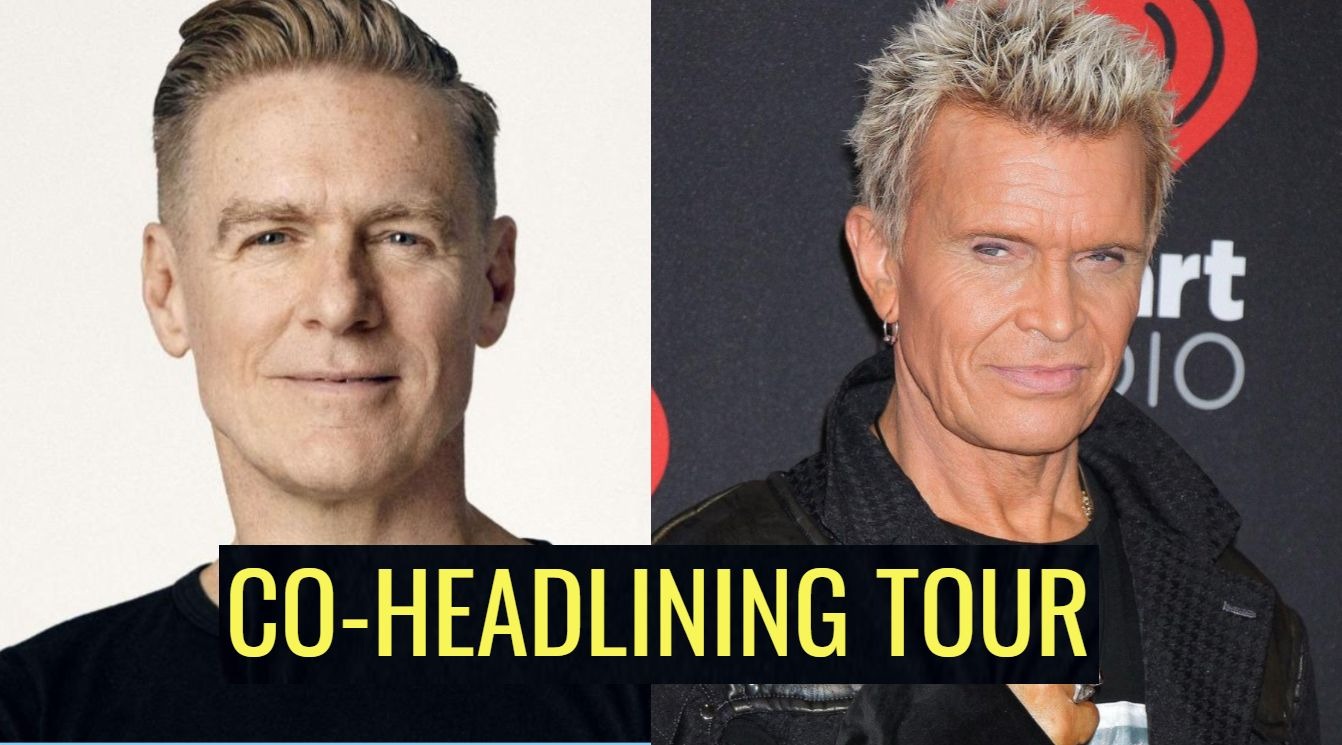 The 80s pop-rock stars Billy Idol and Bryan Adams announced a co-headlining tour for 2019. It will be a brief leg but the musicians will rock 8 North American cities.

Adams rose to fame in Canada and the United States with his 1983 album Cuts Like a Knife and turned into a global star with his 1984 album Reckless, which produced some of his best known songs, including “Run to You” and “Summer of ’69”.

In 1991, he released “(Everything I Do) I Do It for You” from the album Waking Up the Neighbours; the song was written for the film Robin Hood: Prince of Thieves and became a worldwide hit, reaching number 1 in many countries, including 16 consecutive weeks in the United Kingdom, a new record as well as 72 weeks in the top 20. Adams also had the U.S. Billboard Hot 100 number-one singles “Heaven”, “All for Love” and “Have You Ever Really Loved a Woman?”

William Michael Albert Broad (born 30 November 1955), known professionally as Billy Idol, is an English musician, singer, songwriter, and actor. He first achieved fame in the 1970s emerging from the London punk rock scene as a member of Generation X. Subsequently, he embarked on a solo career which led to international recognition and made Idol a lead artist during the MTV-driven “Second British Invasion” in the United States. The name “Billy Idol” was inspired by a schoolteacher’s description of him as “idle”.