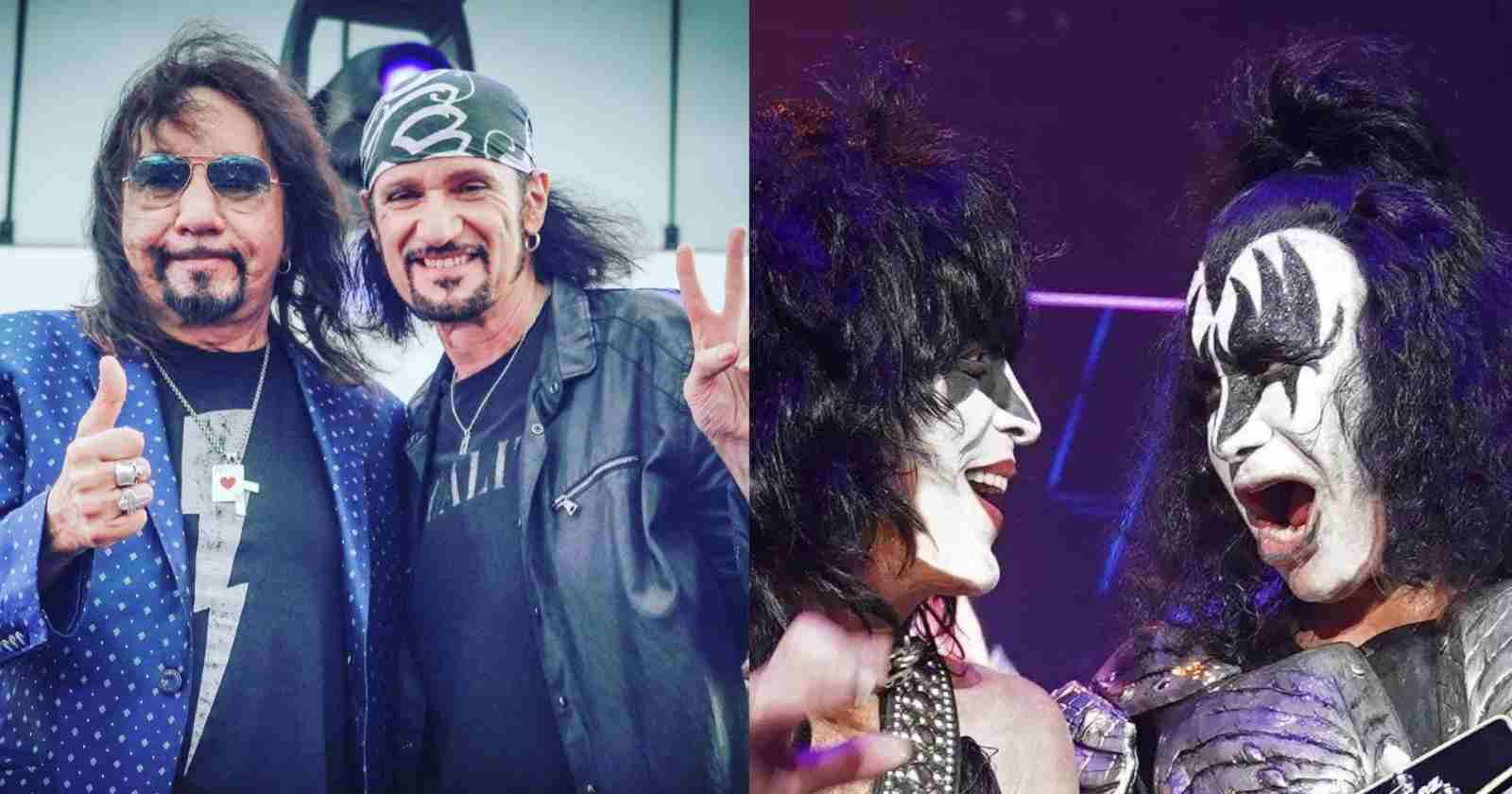 Bruce Kulick who was Kiss guitarist from 1984 to 1996 (Now in Grand Funk Railroad) talked in an interview with Rolling Stone magazine about the songwriting competition that happaned between Gene Simmons and Paul Stanley in Kiss.

When asked about the opportunity he had to write the song “King of The Mountain” from the 1985 album “Asylum” with Paul Stanley and composer Desmond Child, Kulick recalled that competition the two original members of the group had regarding songwriting.

Bruce Kulick said about writing the song and the competition between Gene and Paul:

“I was thrilled to have the opportunity. I was like, ‘Hey, Paul, I’ve got these chords’. It was the same thing with Gene. I was still learning the politics of what it was to work for the two of them. They compete. If you show a song to Gene and he goes ‘nah’ and you show Paul and he finds out you presented it to Gene, Paul is not going to do it. The two of them are oddly competitive. That’s part of their success. But there were always these landmines I had to navigate, if you get what I mean.”

In the same interview, Bruce said that Gene and Paul were a little lost in the period without makeup:

“Gene was a little lost not being in makeup. He really needed to what he wanted to do, and Paul resented it. I was just trying to navigate what was happening. I stayed focused on doing the best job I could. They didn’t know me that long to get me in the middle of it. Within time, they did sometimes defer to me. It was like your parents having a fight and they’re asking the kid, “What do you think?””

“So it was awful. It didn’t happen a lot like that, but you can imagine. The two of them are very competitive that way. But without Paul’s drive and commitment to the band, the whole thing would have fallen apart. I know that. He’s right about that.”

“Gene admits that he lost his way, he lost that direction. But Gene had to do that. He didn’t do drugs. He just wanted to sleep with a million women and be a bigger star than he was with Kiss, if that was possible, by doing the movies, by doing TV, whatever he could get his hands on. He’s a very hard worker, and he’s very successful.”