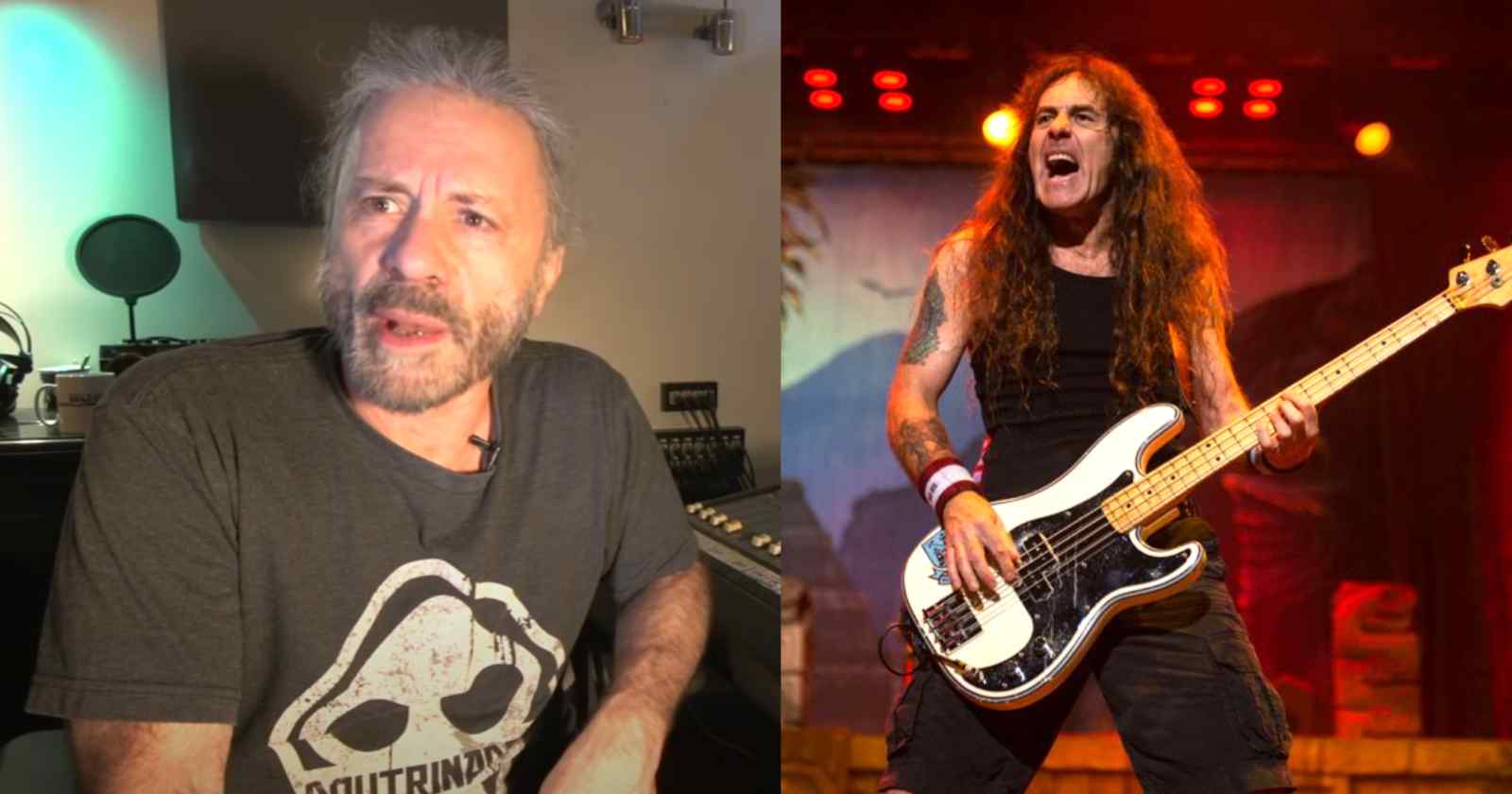 Iron Maiden vocalist Bruce Dickinson recalled at the Las Vegas’ House Of Blues during his spoken-word tour a fight he had with the band’s founder, bassist and main lyricist Steve Harris when he first joined them. According to the singer one of the only demands he made when he became Maiden’s frontman was that he sang at the middle of the stage, but Harris didn’t always respected that (Transcribed by Metal Hammer).

“When I first joined the band, I was a very different animal to the previous singer (Paul Di’anno who left the group after the second album). When I joined, I said, ‘I know I’m the new boy, but here’s the deal: when I sing, I kind of stand in the middle of the stage at the front, I do the singing bit, and then I go somewhere else… You can go anywhere you like, but when I sing, I want to sing in the middle.’

“So I’ve got my monitors down there and I’m singing away, and suddenly this maniac comes up and goes (mimes Steve Harris’s foot-on-monitor pose). Fuck off! And then the roadies comes and they move my monitors off to the side. I’m, like, ‘Cheeky fuckers’. So I fucking move them back again. And this carried on for a while.”

“In the end, what I did was I get and extra-long microphone stand… I had a microphone stand that was like a tank trap for bass players. And he’d jostle me – I’ve still got lumps out of my front teeth, and chips and cracks, of all the times he bashed my fucking mic into my teeth. So we nearly came to blows. But we came to an accommodation in the end. I sing in the middle of the stage, we just make the stage twice as big.”