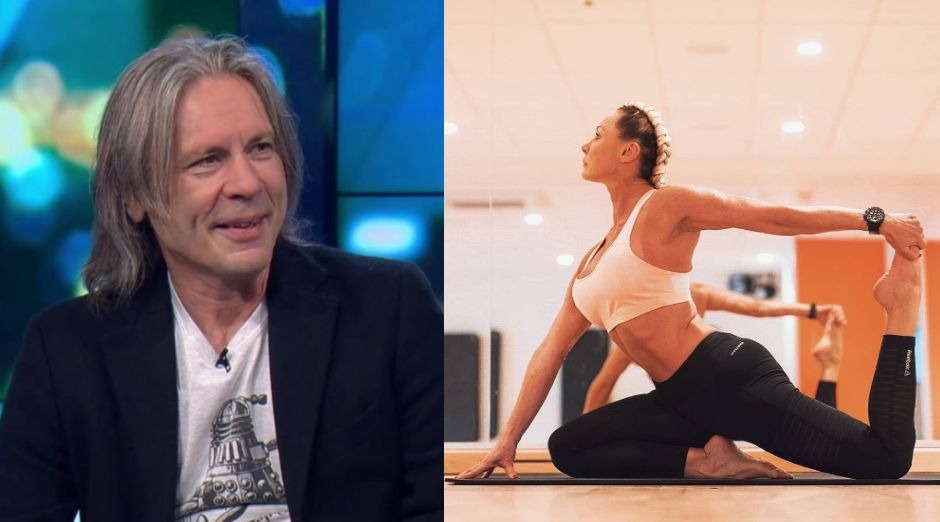 Iron Maiden singer Bruce Dickinson could face a £90 million divorce after separating from his wife and finding love with a super fan. The 61-year-old heavy metal legend quietly separated from Paddy, his 29-year-old wife and mother of three children, a year ago. He then moved to Paris with his fitness instructor Leana Dolci, who is believed to be 15 years younger than him.

A source reports: ‘Leana has always been a big fan of Iron Maiden, following them for almost 10 years. She and Bruce got very close last year and she even met his children. Paddy is in South America, spending some time to assimilate everything. ‘ 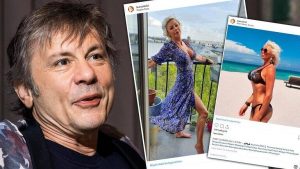 On her Instagram page Leana calls herself a ‘flower child with a rock and roll heart’ and says, ‘I love the days that start with you by my side. Into bed. No clothes on. ‘ She regularly interviews rock stars on the Duke TV web channel.

And in a recent interview, Bruce reportedly said he was living in Paris ‘with my girlfriend’.

In 2018, his marriage to Paddy began to crumble. The couple have no immediate plans to divorce – but if legal proceedings begin, Bruce will have to spend part of his estimated £ 90 million fortune. “