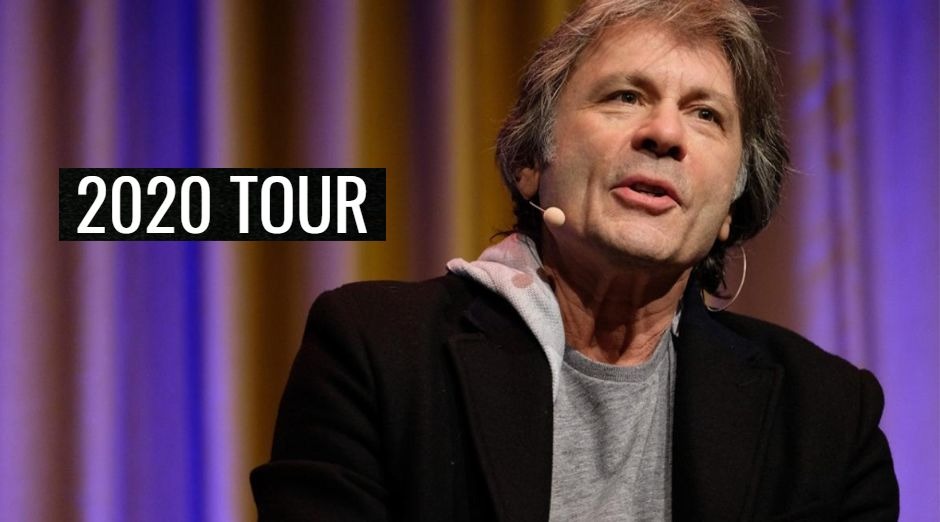 Bruce Dickinson is not simply Iron Maiden’s legendary singer, the man commercial pilot for Astraeus Airlines and is also the main pilot of Iron Maiden’s converted charter aeroplane, Ed Force One, during their world tours.

Following Astraeus’ closure, he created his own aircraft maintenance and pilot training company in 2012, Cardiff Aviation. He also had his own radio show on BBC Radio 6 Music from 2002 to 2010, hosted television documentaries, authored novels and film scripts.

And in 2020 will tour around the world with Iron Maiden, but also in his solo career, but as a speaker, talking about business, career and more on “An Evening with Bruce Dickinson“.

The description of the event tells that:

“The first half of the presentation Bruce talks in a humorous, often satirical look back at his colourful, roller-coaster life. Delivering compelling tales in his uniquely anarchic style and punctuated with photographs, he recounts anecdotes not just from the book, but others deemed either too risqué or otherwise to have made the final edit.”

“The second half of the evening is devoted entirely to a Q&A session, where fans’ quirky, frank and often completely leftfield questions are tackled with completely improvised – and invariably quick-witted – responses by Bruce.”