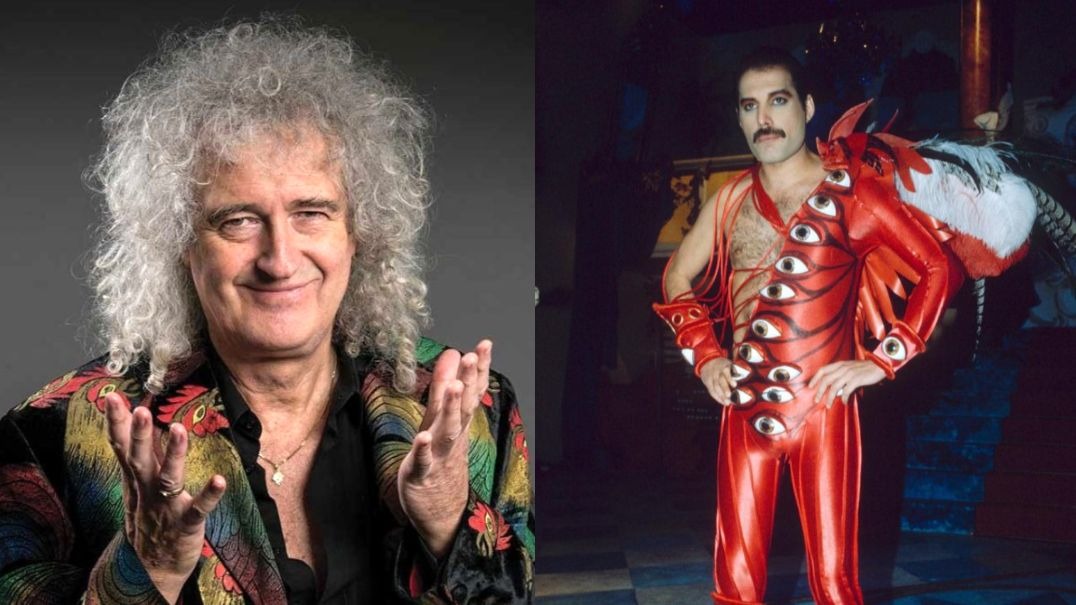 During participation in the British One Show, Queen guitarist Brian May revealed that the late Freddie Mercury had a favorite hobby:

“He was a photographer, he loved his polaroids, Freddie took lots of pictures of all his friends, he used to give people presents, it was a typical ‘Freddie way’ thing to be.”

On the screen an image of Freddie with his polaroid, as the guitarist himself posted on his instagram.

Freddie on screen with his beloved Polaroid camera. Snapped by me with my stereo realist in 3-D. It’s in the QUEEN in 3-D book ! Alex and me on the sofa, and Mr Lycett getting into the stereoscopy with OWL. Bri

Queen are a British rock band formed in London in 1970. Their classic line-up was Freddie Mercury (lead vocals and piano), Brian May (lead guitar and vocals), Roger Taylor (drums and vocals), and John Deacon (bass guitar). Their earliest works were influenced by progressive rock, hard rock and heavy metal, but the band gradually ventured into more conventional and radio-friendly works by incorporating further styles, such as arena rock and pop rock.

Before forming Queen, May and Taylor had played together in the band Smile. Mercury was a fan of Smile and encouraged them to experiment with more elaborate stage and recording techniques. He joined in 1970 and suggested the name “Queen”. Deacon was recruited before the band recorded their eponymous debut album in 1973.

Queen first charted in the UK with their second album, Queen II, in 1974. Sheer Heart Attack later that year and A Night at the Opera in 1975 brought them international success. The latter featured “Bohemian Rhapsody”, which stayed at number one in the UK for nine weeks and helped popularise the music video format.