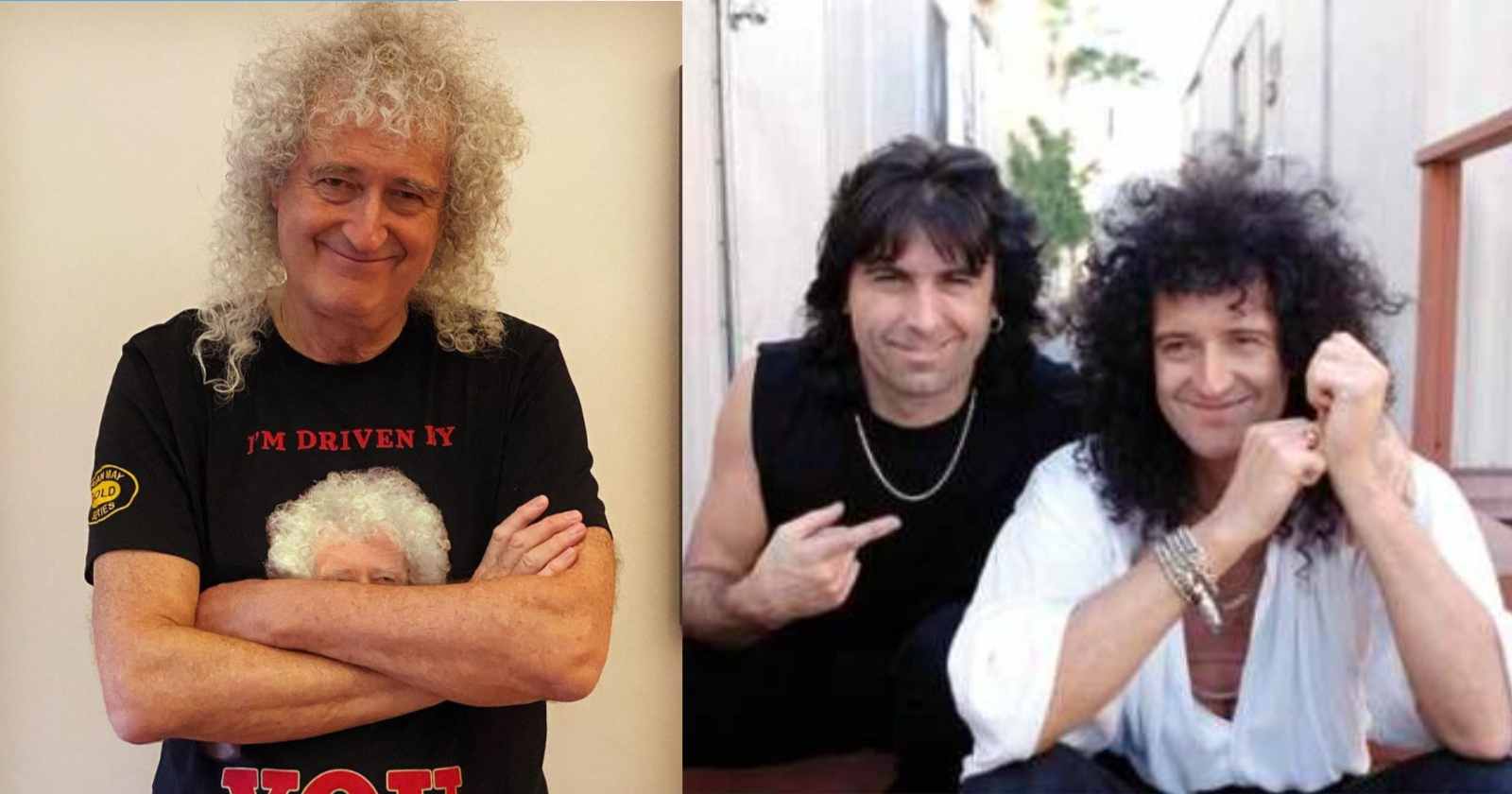 Queen guitarist Brian May recalled in an interview with Ultimate Classic Rock the late drummer Cozy Powell (Rainbow, Whitesnake, Black Sabbath and more) that worked with him in his solo career back in the 90’s. The guitarist also talked about how he received the news of Powell’s tragic death.

Brian May recalls drummer Cozy Powell and the news of his death:

“Yeah, Cozy was the core. Without Cozy, I don’t think I could have done it (May’s solo career). He had such a fountain of positivity and humor. I remember talking to him. You kind of know people, but you don’t know them. You’ve said hello someplace. Backstage at the Hyde Park concert in 1976, Cozy was there. I got to talking to him in-depth for the first time, and he was saying how much he liked what I did. I was really surprised, because I regarded Cozy as part of a genre which was one step heavier than I was.”

“It was the Rainbows, the Whitesnakes, Deep Purple – Cozy was part of that thing. Any time you want a drummer, mate, you just call me. I’m there.” That’s when it started. I did call him a couple of times. Notably, when we did the Seville Guitar Legends, he’s the first person I called. He became the greatest friend. Of course, we lost Freddie and I kind of clung to Cozy as a mate and as a musical person to bounce off of. All of those sessions, Cozy would come in full of positivity.”

“Sometimes I’d say, “Cozy, I don’t know if I feel up to it today.” He said, “But you do, you can feel up to it. We’ll do it. I’ll play hooligan, you just play and we’ll just do it.” He just kicked me into action every time. It was the greatest thing. Around him I had Neil Murray [bassist in Whitesnake and Black Sabbath], who had worked with Cozy quite a lot in many situations.”

“My best friend in the business is Tony Iommi. So I also bumped into Cozy in some of their sessions, and I was always blown away with the sound that Cozy got out of the drums. There’s a lot of drummers in this world – and a lot of good drummers, but certain drummers will sit down behind any kit and make it sound like an orchestra. Cozy is one of those people. I don’t know what it is – it’s in the fingers, it’s in the mind, but he made every kit sound huge, that he ever touched.”

“Cozy and Neil were a great rhythm section to have, and I kind of didn’t need much more than that – occasional keyboards, but I played a lot of the keyboards myself, because the keyboards were part of the writing process. When I went on tour, I had various backup singers, who were all great. Cathy Porter and Shelley Preston are the people I’m thinking of most at the moment. I’m doing something very interesting at the moment. I kind of don’t want to break the bubble at the moment, because it’s a surprise.”

“I’m making a video which has elements of the past, the present and the future in it, in a sense. So I’ve been looking at Cathy and Shelley doing their stuff, while I’m working on this project, which is nice. Spike Edney gave me a lot of support during that period, who has been [playing] keyboards for Queen for many, many years. Spike was part of the Brian May Band and a very, very important part. It was all a bit haphazard.”

“We’re kind of stopping with Back to the Light here, but when I got into making the next album [in 1998], I’m in there with Cozy, and I had a week off sitting in the jungle with no phones. When I finally got to a phone, I got this message, “We’ve lost Cozy. Cozy’s gone.” That really kind of flattened me. I suppose I felt that he was my rock, having lost all of the other rocks. It was really hard to deal with, losing Cozy. I know he left me a message, because my personal assistant had told me.”

“By the time I got to my messages, it had been wiped. So I never know what that last message was, [but] it was about going on tour, because we were about to go on tour after we’d finished Another World. They’re all difficult memories to look at.”