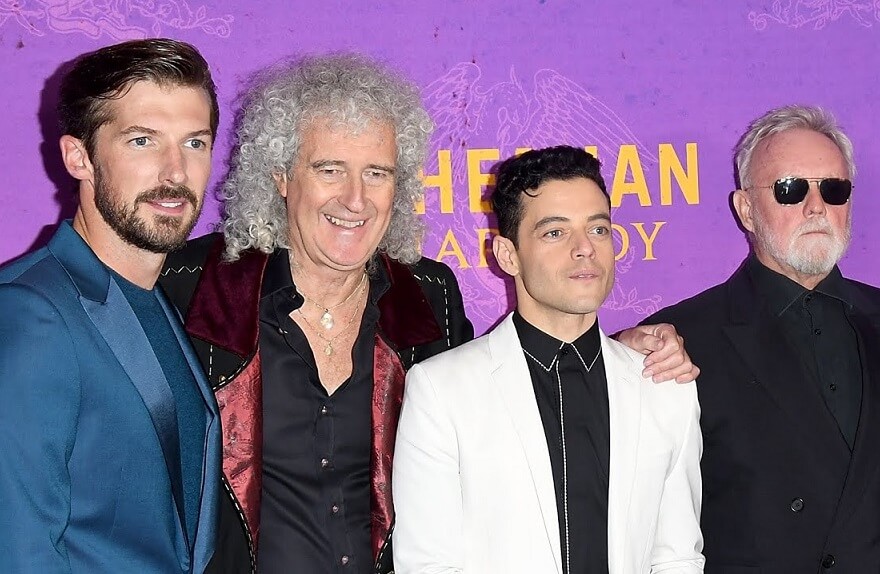 In an interview with Classic Rock magazine, guitarist Brian May revealed that he and drummer Roger Taylor “fought” to maintain an important scene in “Bohemian Rhapsody”, Queen’s biopic. The idea was to maintain the performance of that moment, even if it represented a real “crisis” in real life.

The moment quoted by Brian May is when vocalist Freddie Mercury (in the film, played by Rami Malek) reveals to his colleagues that he will work on two solo albums. The meeting in question happened quite similar in reality and “cracked” Queen for a while – the first solo album is “Mr. Bad Guy”, 1985, while the second, “Barcelona”, was released with the lyric singer Montserrat Caballé in 1988.

During the interview, May said the scene in question “is a wonderful moment of performance – and much of that was not in the script.” “When I watch it, I feel that it’s so Freddie.” He spoke softly, swallowed his cigarette, did not want to go out speaking. Eventually, he ended up speaking: in a very direct and dry way”, he said.

The guitarist revealed that the scene was “almost cut out of the film” because “there is always pressure to make things shorter.” “We fought for this scene to remain, because her realism is very distressing. It was a difficult time for us. It was like Freddie kind of left our family,” he said.

Finally, the musician spoke about the main trailer for “Bohemian Rhapsody”, where actor Gwilym Lee – responsible for bringing to life Brian May himself in the film – appears playing guitar with a bow of a violin, something that May never did in real life. The scene ended up being left out of the final issue of the feature film, but drew attention in the preview released months earlier.

“The funny thing is that the people who make the trailer work on their own films, a lot of what’s in the trailers is not in the movie.” My scene with the bow was made in the middle of some experimental scenes. When I saw it, I said, ‘No, that’s not what happened.’ Let’s pretend it never happened, because it’s a Jimmy Page thing, not mine. People liked the trailer, that’s what I can say, but no, that will not be seen in the film, “he said.