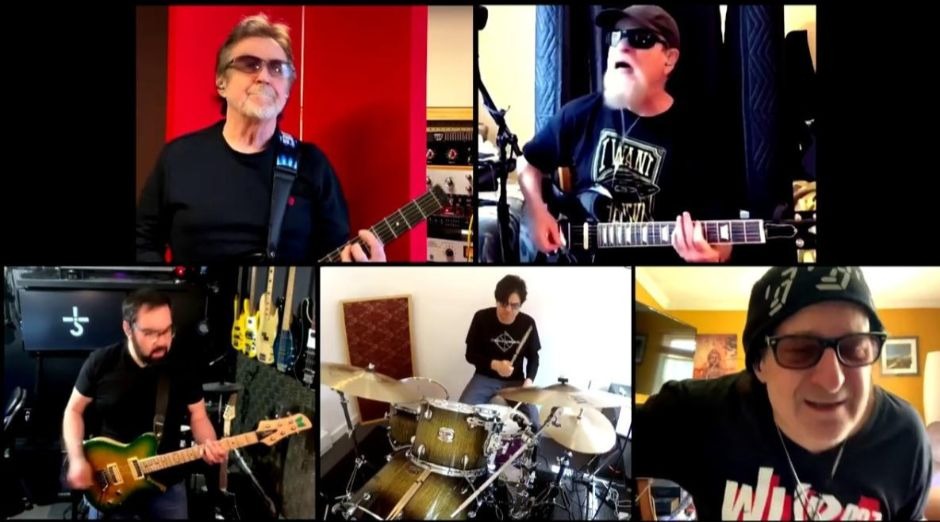 The legendary Blue Öyster Cult performed their classic song “Godzilla” during the Covid-19 lockdown. The band said: “So while “ON TOUR FOREVER” is temporarily on hold we took a short break from working on our next album to record this from everyone’s home studio. Hope we can get back on the road and see you all soon. Meanwhile, stay safe & ENJOY!”

“Godzilla” is the first track from the band’s fifth studio album Spectres. The lyrics are a tongue-in-cheek tribute to the popular movie monster of the same name. Despite failing to chart, the song received significant airplay on rock radio stations. The song is, along with “(Don’t Fear) The Reaper” and “Burnin’ for You,” one of the band’s best-known tunes and has become a staple of its live performances. It has been covered by bands such as moe., Racer X, Fu Manchu, The Smashing Pumpkins. Also Sebastian Bach, Double Experience and Fighting Gravity.

In response to the song’s absence from the 1998 Godzilla soundtrack, Blue Öyster Cult members Eric Bloom and Buck Dharma created their own parody called “NoZilla”. Released only to radio stations. However, in 2019, a cover of the song, sung by Serj Tankian, was featured in Godzilla: King of the Monsters, marking the first usage of the song in a Godzilla film.