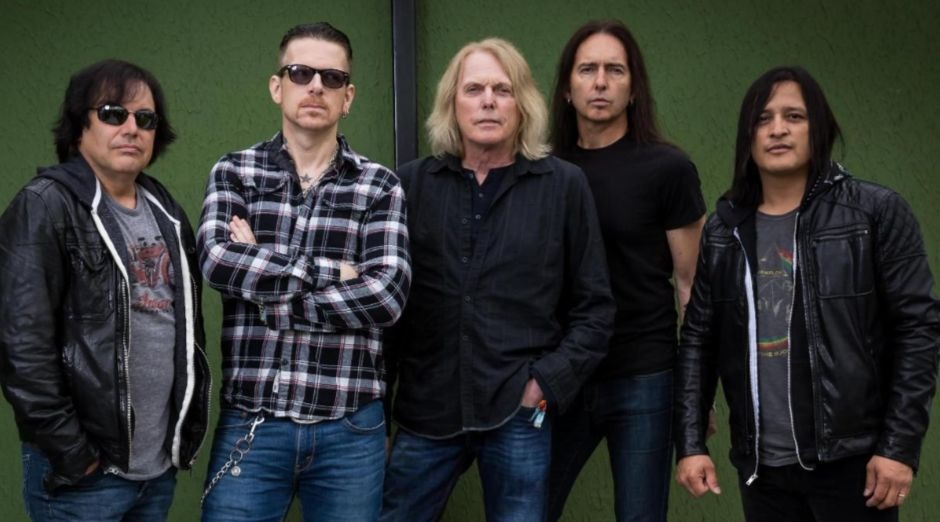 The Irish band Black Star Riders, led by ex-Thin lizzy guitarist Scott Gorham released a new song called “Candidate for Heartbreak”. On the official statement of the band, they also talked about the current Covid-19 situation.

“In this unusual 2020, Black Star Riders are back with a new single ‘Candidate For Heartbreak’. Out now, via Nuclear Blast. The single is accompanied by a lyric video. 2020 shaped up to be a very different year to what we all expected. COVID-19 took us by surprise forced us to pause. Rethink our way of life and observe an unprecedented scenario unraveling on the world’s stage.”

“In this new “hibernated” society, the music industry showed its resilience: managing to keep itself alive, it created a sense of togetherness and an even stronger community, through brave songs, never afraid to bring the uncomfortable truths to the table.”

“Candidate For Heartbreak is Black Star Riders’ contribution to the worldwide reflection on society during these unparalleled times. Mr. Scott Gorham and Christian Martucci created the perfect soundscape, thanks to a sharp and memorable riff, which sets the scene for an intricate rock driven track. Ricky Warwick’s vocals perfectly represent the spirit of the lyrics: energetic anger, tinged with a hint of melancholy, towards a class of politicians who keep lying to the people; and a morbid system that keeps on failing and dividing.”

“It’s a rocker! A Scott Gorham and Christian Martucci guitar onslaught. A song about the politics of dancing while the politicians dance around the truth!”

“The song brings back memories of our time in the studio recording Another State of Grace. It was such a great and productive time. We all hope to be back playing to our fans real soon.” Guitarist Christian Martucci adds: “Christian Martucci: “This is a really fun song to jam. I love how the guitars drone around Ricky’s vocals, and the awesome groove from Chad and Robbie!”

Candidate For Heartbreak first appeared as a bonus track on the Digipack CD included with the box-set and limited to 1,000 copies, of the band’s latest record Another State Of Grace. The album reached #14 in the national chart and #1 in the rock chart. The record is a stunning collection of anthemic rock songs recorded at Sphere Studios in Burbank, California in February 2019 and produced & mixed by Jay Ruston (Stone Sour, Anthrax, Uriah Heep).