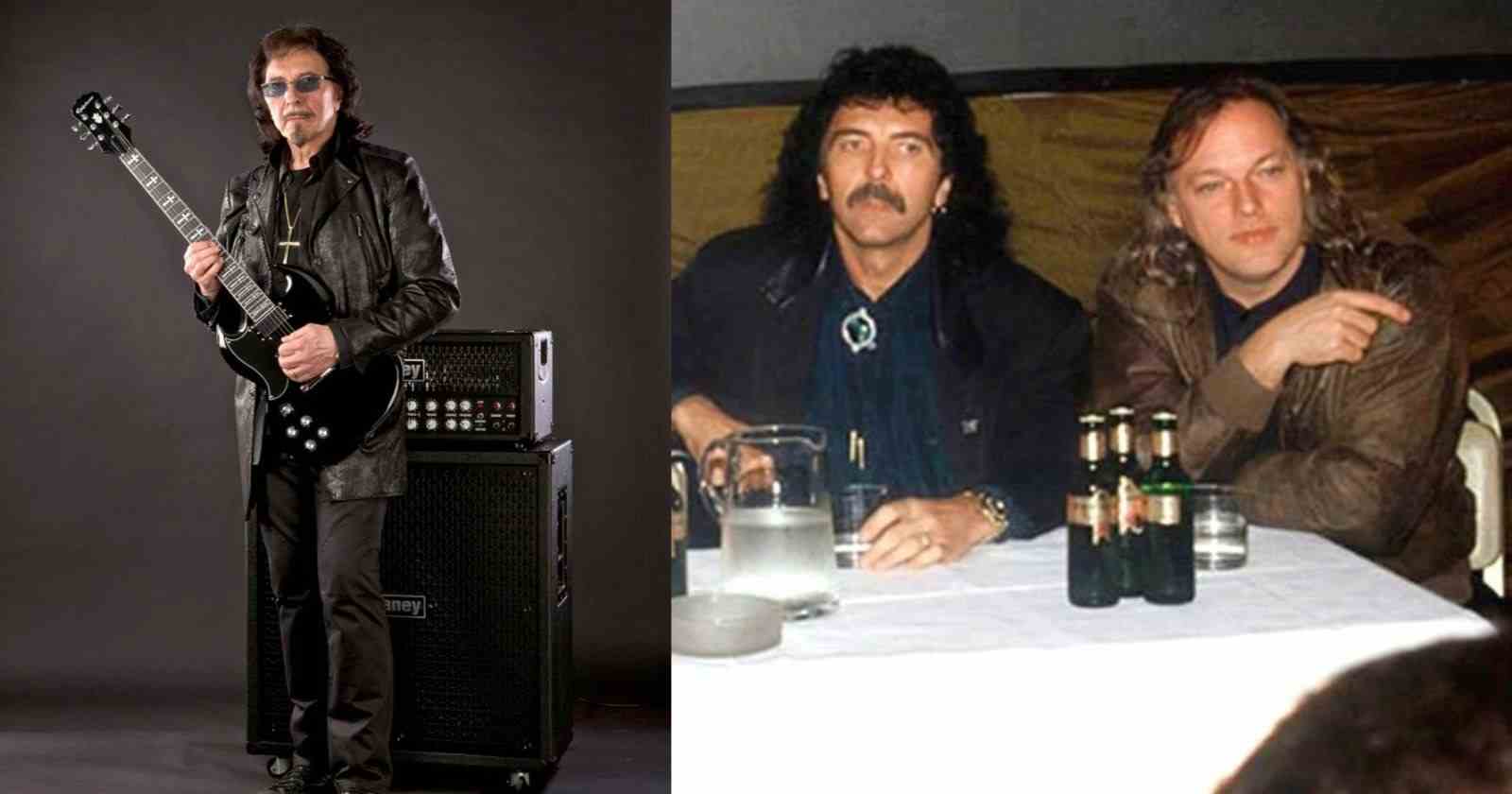 Black Sabbath guitarist and co-founder Tony Iommi revealed in an interview with Guitarist Magazine about bands that influenced him. Iommi is often called “The Riffmaster” and is considered the godfather of Heavy Metal.

When asked if Hank Marvin was an influence, Tony Iommi revealed the bands that influenced him:

“Absolutely. Me and Brian May both loved Hank. We’re not widdly diddlies. Brian and I have done a few things, played together on albums. We were in the studio together once and we started playing Shadows stuff. So it was mainly Hank, then Chuck Berry and a bit of Buddy Holly. I liked Clapton. I liked John Mayall. That line-up was really appealing. When he went with Cream I wasn’t so enthusiastic, but then I got used to Cream. I loved his style and his sound.”

“But, yes, you had bands like The Moody Blues, Fleetwood Mac, John Mayall, Cream. Then you had Deep Purple, Led Zeppelin, and us. We knew Planty and Bonham. Bonham was best man at my first wedding. I used to knock about with him a lot. We used to play the same gigs.”

“We’d be playing at this club and he’d be with another band. ‘They fired me.’ ‘What happened?’ ‘I’m too loud.’ And then he’d go with another band and get fired from them because he was too loud. He was constantly in and out of bands.”

Did anybody else turn you on later? People like Yngwie Malmsteen or Van Halen?

“Van Halen, yes. We took Van Halen on their first big tour. They were with us for eight months. Eddie was playing things I’d never seen before. We’re still friends and we became friends then. Of course, he set off a whole new load of players playing like that, and now I can’t believe some of them. I can’t follow it. I certainly couldn’t do it.”