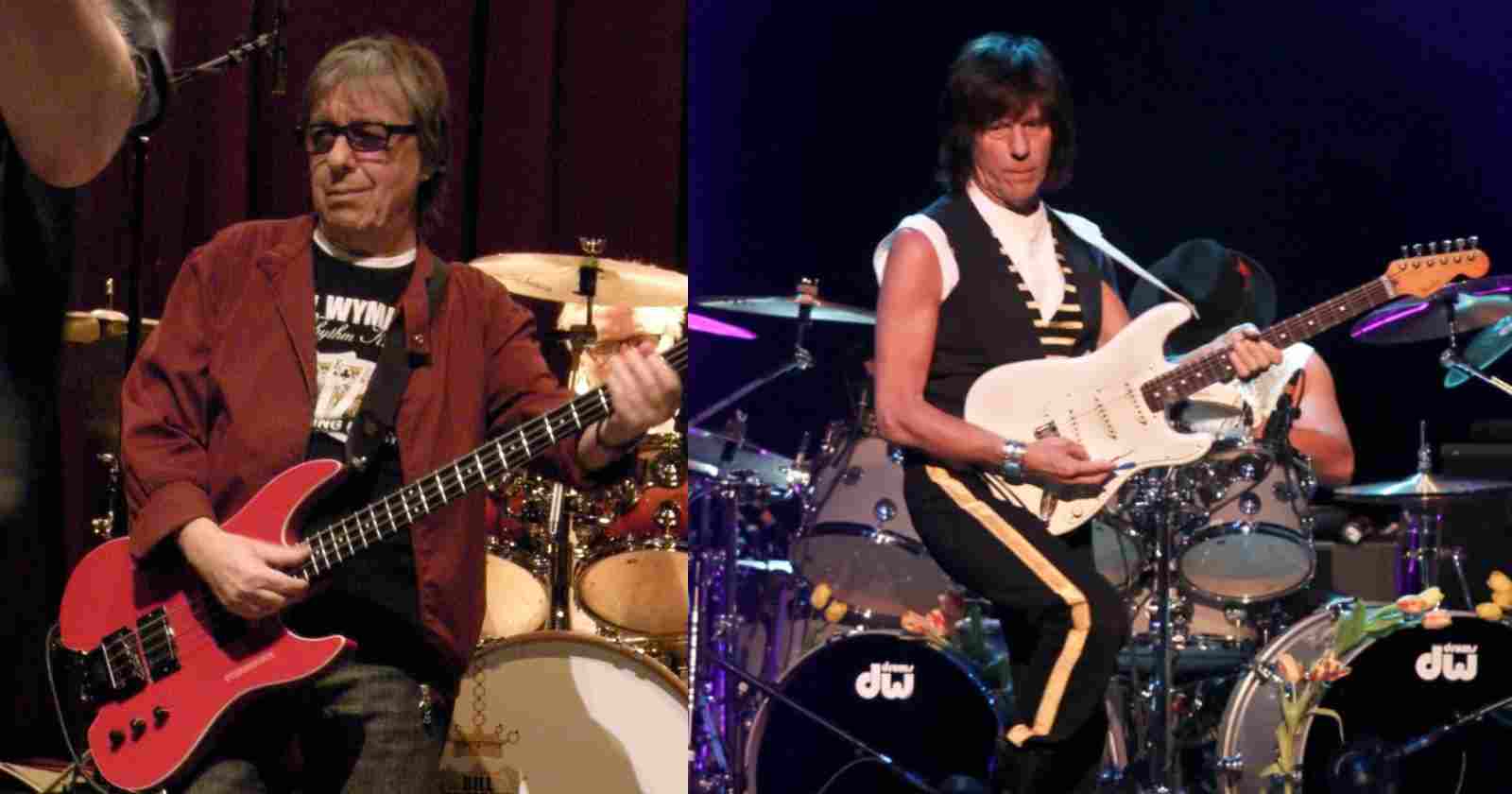 “I first saw him at a club in Queens in New York in 1966, when he was known as Jimmy James. He did things the average person wasn’t doing, though I knew they’d been done before – playing guitar round the back of your head and biting strings. Jimi was a nice guy and all the Stones got on very well with him.”

“When we got back from America, I bumped into The Animals at the Scotch Of St James. Chas [Chandler, bassist] said to me: “We’re off to the States next week.” I said: “If you’re in New York, go and see this guy called Hendrix. He’s fantastic.”

“So they went, Chas met him and then signed him and brought him over. I was one of the first people to see him here, when he played a club in Bromley [The Bromel Club, in 1967]. It might have been the first gig he did. There was hardly anyone else there. But he still poured lighter fuel on his guitar and set fire to it that night.”

“Even though Jeff grew up with the blues, his bands have all been quite abstract and a little jazzy. I mean, what he said when he auditioned for the Stones [in 1975] was exactly what I’d told them myself in 1963: “You can’t play slow, 12-bar blues all bloody night.” Jeff was just one of the guitarists the Stones auditioned when Mick Taylor left.”

“There was Rory Gallagher, Wayne Perkins and Harvey Mandel, the guy from Canned Heat. They all sort of came around and played for a couple of evenings. Jeff was good, but Harvey Mandel had too many effects, echoes and foot pedals. Keith ended up saying: “Bollocks to all that, just play the fucking thing!” We weren’t a gimmicks band. We were just messing with people to see how they fitted, really. And no one quite did. Then we ended up with Ronnie Wood.”