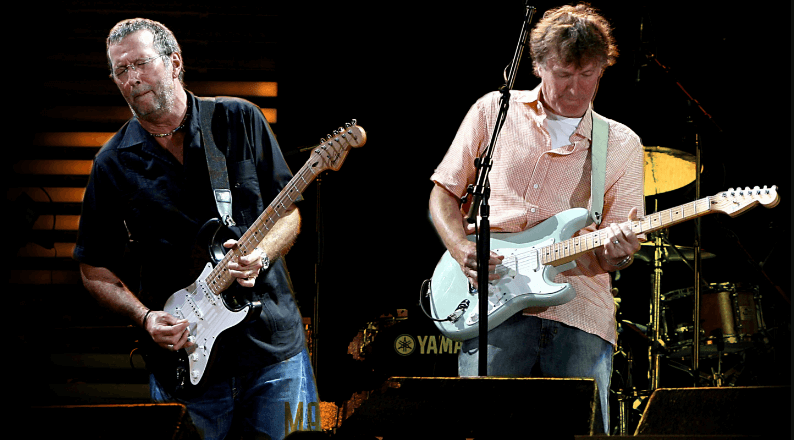 The classic Jimi Hendrix’s song “Little Wing” was covered many times, but this one is a stand out! Why? Simple, because was made by Eric Clapton and Steve Winwood, two amazing rock and roll legends.

Winwood and Clapton are friends since the beginning of their careers, but a few decades ago, they formed the supergroup Blind Faith in 1969 with Ginger Baker and Ric Grech.

The line-up consisted of 3/4 of Blind Faith (without Clapton, who was replaced by Denny Laine), 2/3 of Traffic (Winwood and Chris Wood, minus Capaldi) plus musicians who interacted with Baker in his early days, including Phil Seamen, Harold McNair, John Blood and Graham Bond.