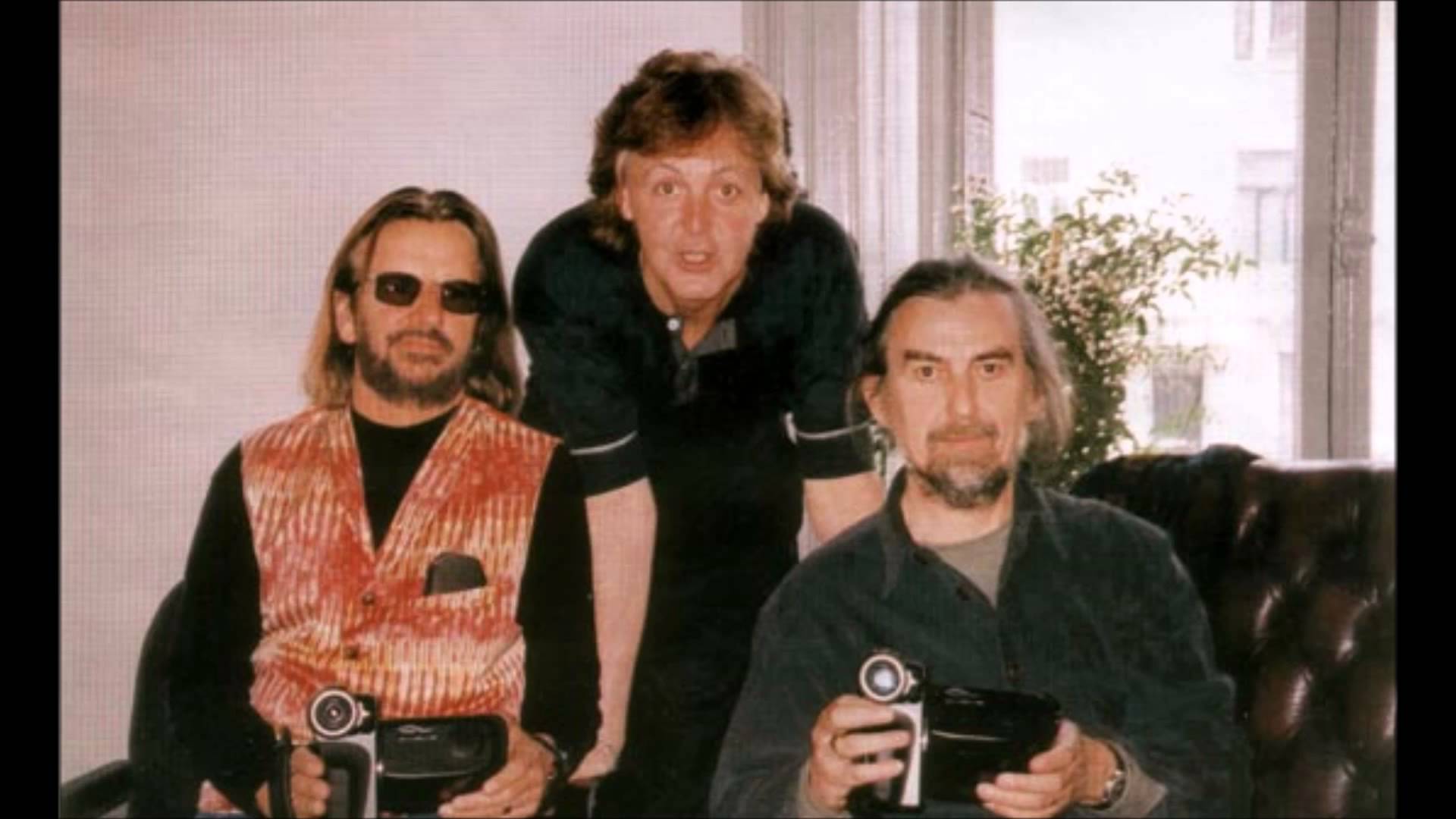 George, Paul and Ringo convened (accompanied by their respective wives) at George’s studio at his Friar Park mansion, apparently to perform a symbolic version of Let It Be to be filmed for the conclusion of the Anthology TV series.

John’s absence was apparently so overwhelming that, after a long private discussion between the three out in the garden (unconfirmed rumours suggest George was particularly unhappy with the plan and that the ‘discussion’ lasted three hours).

The idea was abandoned and the Fab Three turned their hands instead to re-working rock and roll classics much favoured from their Quarry Men and pre-Beatlemania days. Ringo confirmed that the trio played an acoustic jam; “It was just two acoustic guitars and me on brushes”.