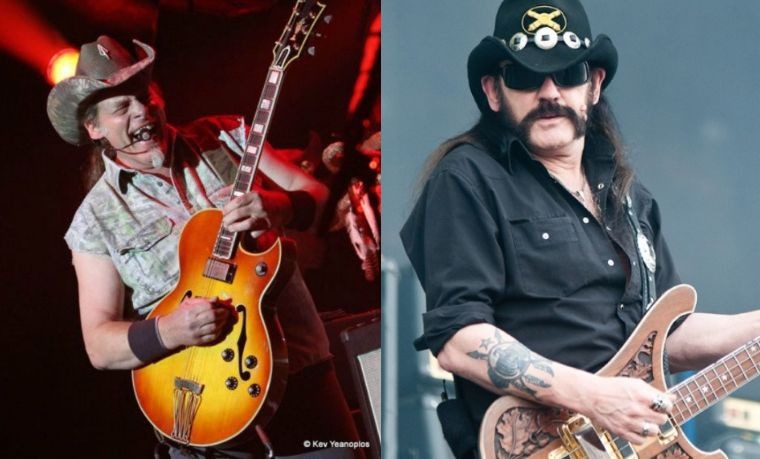 The improbable encounter between Lemmy Kilmister (Motörhead) and Ted Nugent occurred in 1997, when legends contributed to Queen’s “Tie Your Mother Down” re-recording.

The version came out on the tribute album to the band of Freddie Mercury and Brian May titled “Dragon Attack – A tribute to Queen”.

The track featured Lemmy on vocals and lead guitar, Ted Nugent on solo guitar, Rudy Sarzo on bass and Tommy Aldridge on drums.

Dragon Attack: Tribute to Queen was a Queen tribute album produced in 1997. Like most tribute albums, it features cover versions of many Queen songs by various artists, but uniquely the songs are not performed by established groups. Instead, the album is performed by a group of musicians who normally perform with other groups or artists, in different combinations for each track.

The album was re-released in the UK as Top Musicians Play Queen: The Collectors Collection with “Keep Yourself Alive” omitted and a 2010 recording of “Bohemian Rhapsody”, with John Wetton on vocals, added.