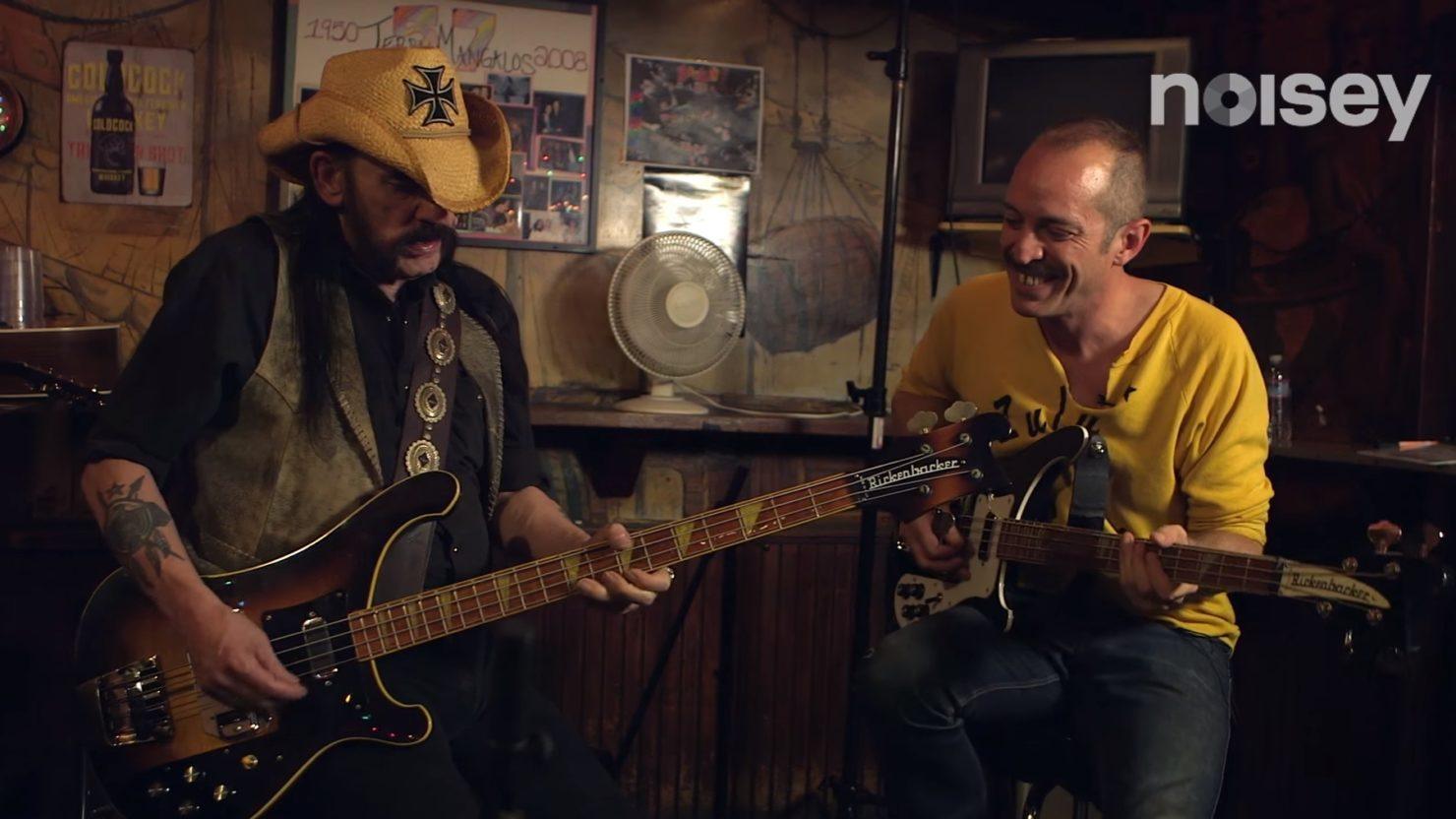 Ian Fraser Kilmister (24 December 1945 – 28 December 2015), was simply one of the greatest figures rock and roll music had. The singer-songwriter who founded and fronted Motörhead was one of the foundations of the heavy metal genre.

Besides many things, he was known for his unmistakable bass playing style, in which he used his Rickenbacker bass to create an “overpowered, distorted rhythmic rumble”. Another unique aspect of Lemmy’s bass sound is that he often played power chords using growling overdriven Marshall tube bass stacks.

On the video below you can see Lemmy a few years ago on Noisey’s series “Guitar Moves”. Besides talking about many subjects, he teached some of his bass moves.