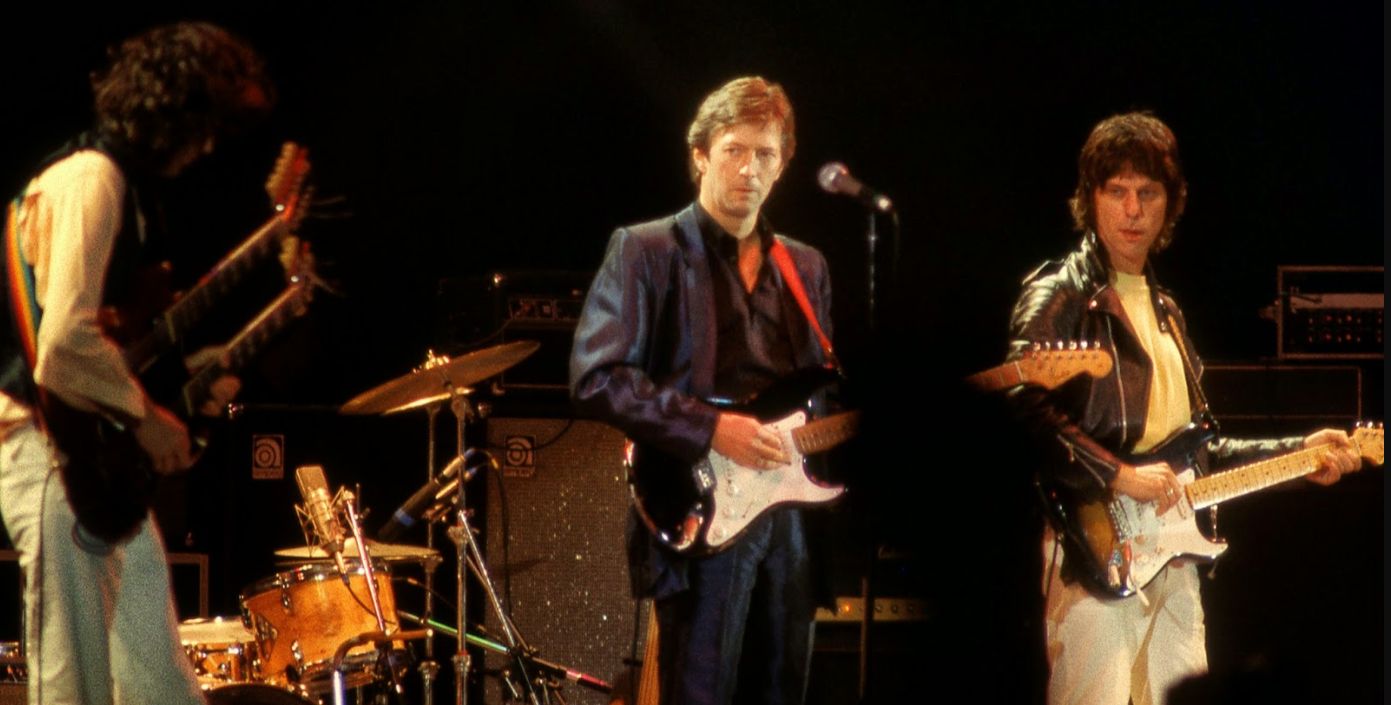 Back in 1983, the 3 amazing ex-Yardbirds guitarists Eric Clapton, Jeff Beck and Jimmy Page divided the stage with many other great musicians, like Joe Cocker, Bill Wyman, Paul Rodgers and more. They were together for a benefit show called the ARMS Charity Concert for Multiple Sclerosis at the Royal Albert Hall.

The idea for hosting the concert was envisaged by Ronnie Lane, ex-bassist for Small Faces and Faces, himself a casualty of multiple sclerosis. The concert was billed as The Ronnie Lane Appeal for ARMS.

Jeff Beck’s set consisted largely of instrumental rock jazz-fusion numbers, though he did (to both the surprise of his fellow musicians, the audience, and indeed, himself!) perform his 1960s hit “Hi Ho Silver Lining”.

Jimmy Page’s set was made up, first, of three numbers taken from the Death Wish II music he had put together for director Michael Winner earlier that year. The set ended with an instrumental version of “Stairway to Heaven”, which evoked a great cheer from the audience. Prince Charles and Lady Diana were in attendance seated in the Royal box in the upper level.

The concert was particularly notable in the fact that it was the first occasion on which Clapton, Beck and Page, each a former lead guitarist for The Yardbirds, had performed together on stage.