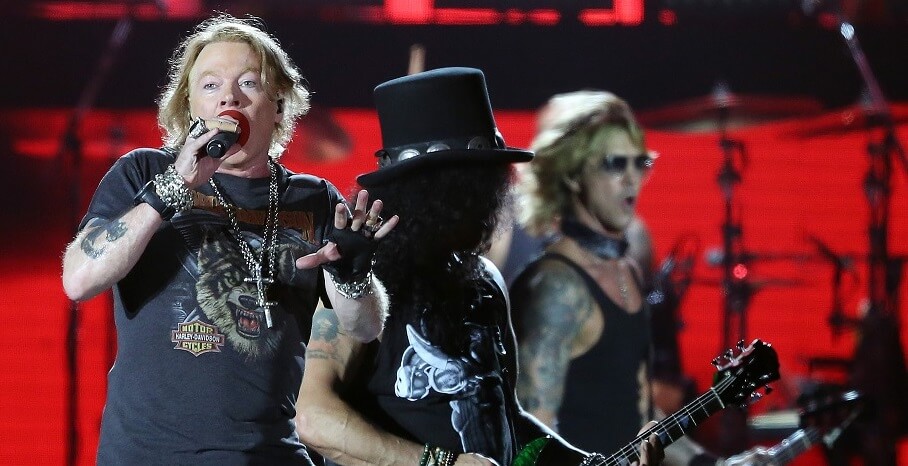 During chat with SiriusXM, where the subject was his band’s new album with Myles Kennedy and The Conspirators, Slash ended up briefly talking about the future of Guns N’ Roses.

“We’re not really focusing on, you know, doing … we still have not met and we said ‘Okay, we’re working on a new record.’ ‘But at the same time, I know I want to be optimistic. I think Axl wants, I want, Duff wants. Axl has a lot of stuff, I have something, so we just need to get things right and say ‘Okay, we’re going to do it,’ and this has not happened yet, but I’m pretty optimistic it’s going to happen at any moment”. 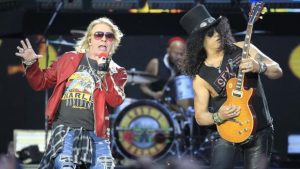 Recently, Slash spoke about the experience of playing alongside guitarist Richard Fortus.

“He and I complement each other very well. I think Rich brings the very best in my guitar skills, just playing with him because he’s so technically talented and so on. We wanted to focus on a sense of how it sounded (the album) “Appetite For Destruction.” We’ve evolved into something that captured it, but in a new way.”

The Not in This Lifetime… Tour features classic lineup members Axl Rose, Slash and Duff McKagan, marking the first time since the Use Your Illusion Tour in 1993 that the three performed together.