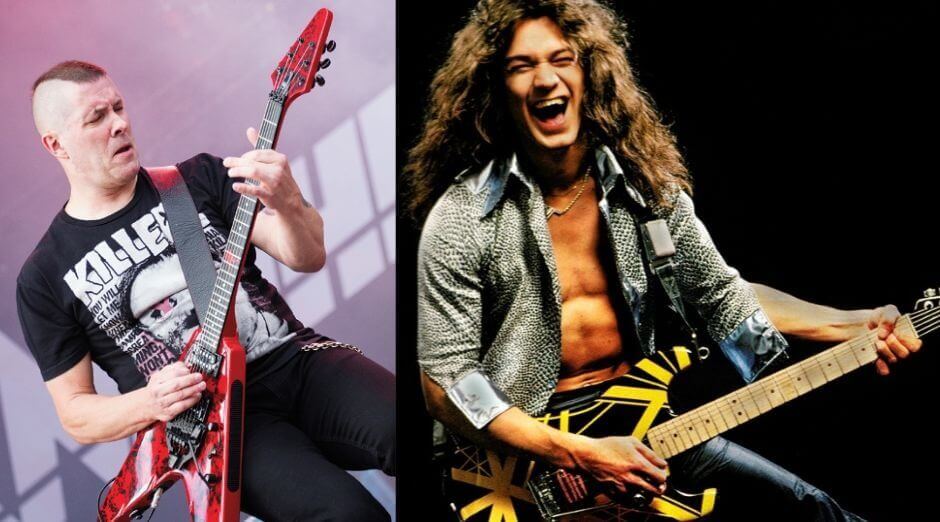 singer and guitarist Jeff Waters (Annihilator) explained why Eddie Van Halen is the best guitarist of all time, in his opinion, in an interview with Brave Words. The Thrash Metal musician praised Eddie talking about his technique and songs.

Jeff Waters (Annihilator) explains why Eddie Van Halen is the best guitarist of all time:

“My God. I mean, he is my God. Watch from beginning to very end. Remember, he invented most of this. Yes, tapping and some was before him, but he is the one who took everything to the extreme. Not to mention equally groundbreaking as a rhythm player, songwriter and tone-seeker. Opinion… but I’m right! :)”

“Page, Hendrix, Clapton. Huge and great. But if you were around late ’70s to 1984, you would have witnessed the most influential all-round player EVER.”

“For those who say ‘Vai, Satch, Malmsteen, Gilbert,’ were ‘best’, or ‘So and so play faster or better,’ remember Ed started it. ‘It’ meaning, making almost every guitarist then, sit up, shake their heads, cry a bit, and then be inspired to be 50% as great.”

“Remember Vai and Satriani were already established axeman, but they both jumped on the 1984 bandwagon and put out Van Halen-style records.”

“Why? Not just to jump on the trend of the success of that Alex VH shuffle groove in ‘Hot For Teacher’, for example, but because they couldn’t help it. Ed got into millions of players’ heads. Not only guitar players. Keyboardists. Bassists. Pianists, ” Annihilator singer and guitarist said.

“Back then, ’78 – ’84, with no internet or cell phones, kids and adults lined up at book and record stores to get the latest guitar mag issue that featured Ed hoping to get ANY advice or tips or ‘How does he get that sound?’ or ‘What strings or amp did he use?'”

“No other guitarist had people lining up like that or had musicians, that weren’t guitarists, glued to his every musical or gear move. Not Page, not Clapton, not Hendrix, although they are close.”

“Reminds me of some recent idiotic Best Guitarist Ever list in a ‘big’ publication, having Ed listed down the list. Not much phases me, but this was so pathetic. So remember, before you tell me who is better, more influential… respectfully, save your breath.”

“Any killer guitarist that you mention would tell you that Eddie Van Halen is the greatest of all time, if they know their stuff. Or else they are lying, jealous or below the age of 45. Haha! Respectfully, the biggest fkn Eddie VN Halen fan: -Jeff Van Waters”