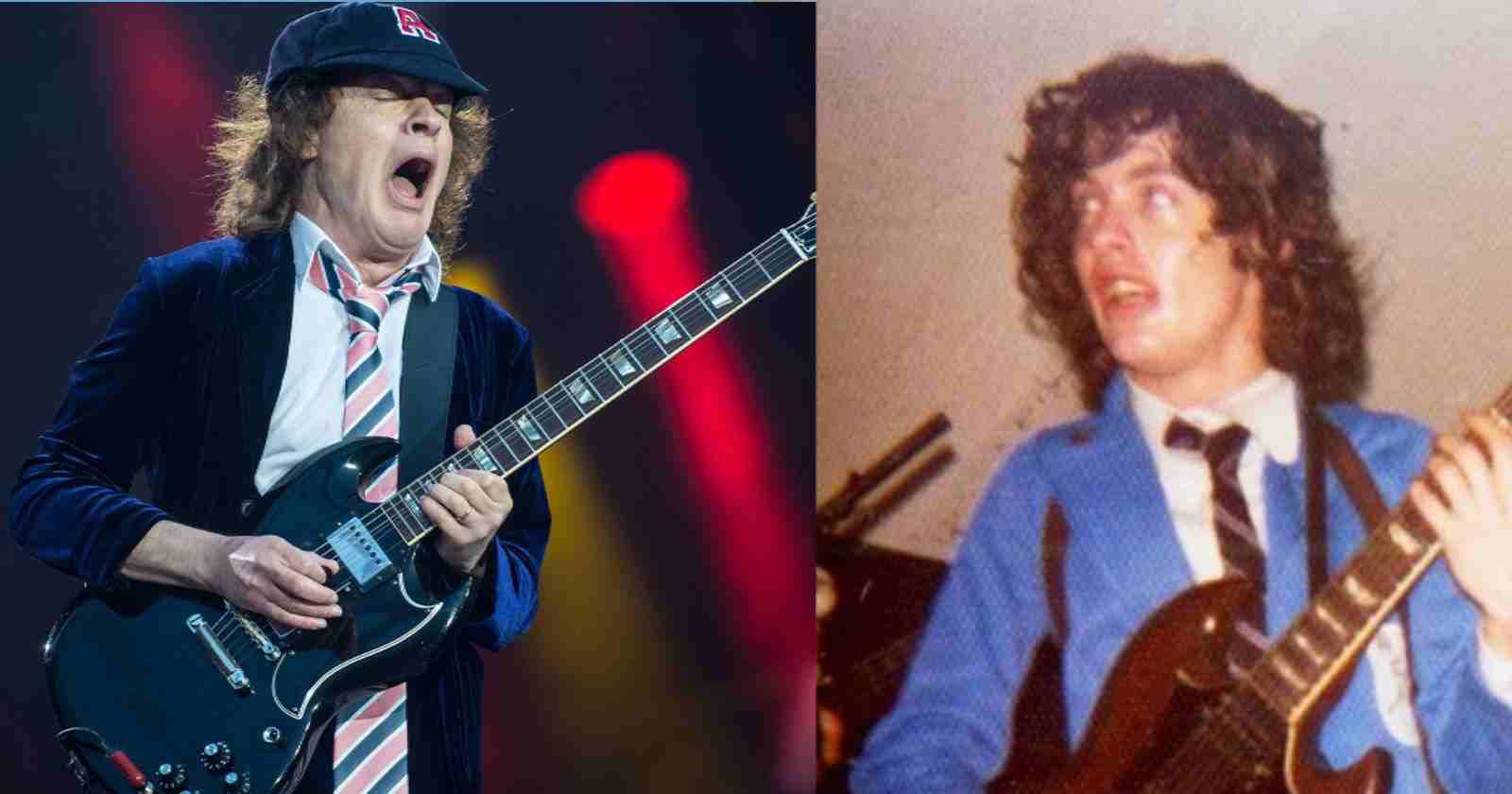 AC/DC guitarist Angus Young recalled in an interview with Paste what kind of student he was at school and how his stage uniform is made nowadays. The musician recalled his older sister gave him the ideia to use a school uniform during the performances.

Angus Young recalls what kind of student he was at school:

“Well, as a student, I would probably say… I was very invisible. If I could avoid school, I did, and I was pretty good at not showing up. In fact, I think the principal once had said to me that he didn’t really feel that I should be at the school. I said, “Well, that’s one thing we can agree on!”

“So when one of your parents would show up at school, suddenly the headmaster was all very nice to you, and I’d go, “Well, that’s not what you said before!”

Do you have your suits made by a certain designer now? Or Brian his signature caps?

“My school suit? No, I just get them made up as I need them. So usually every tour I get maybe a dozen or so, in different colors. But when I was younger, the first school suit I wore actually was my school suit that my sister adapted, my old school blazer. She got it and adapted it, because here in Australia, that’s what you wore, everyone went to school. Every day they had all the kids in uniforms and I don’t know why.”

“I think they wanted everyone the same, not looking like rich and poor. They thought a uniform would keep everyone on the same level. That was what you got told, anyway.”