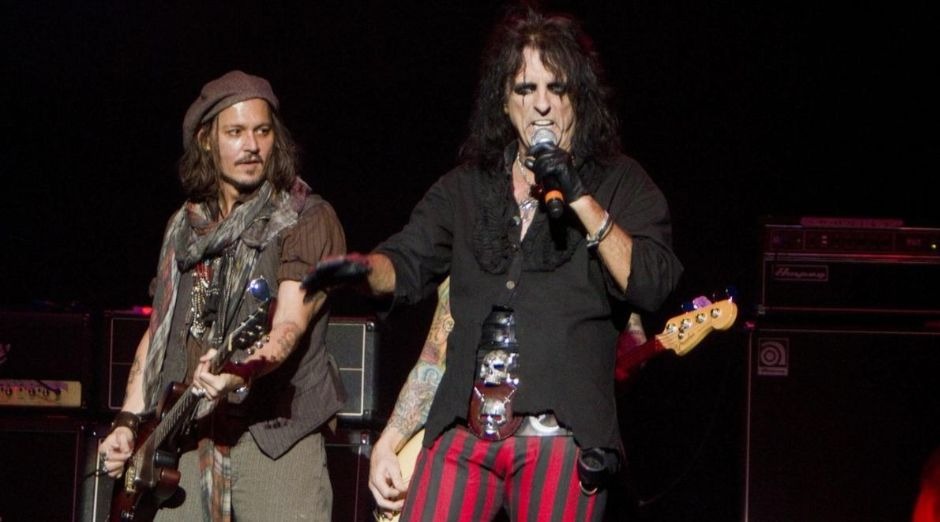 During a conversation with Kerrang, Alice Cooper talked about Hollywood Vampires, the band he launched with Aerosmith guitarist Joe Perry and actor Johnny Depp in 2015.

Since 2015 Alice Cooper is on the supergroup Hollywood Vampires with Aerosmith’s guitarist Joe Perry and actor Johnny Depp, that also plays guitar on the band.

“Johnny started out as a guitarist. He was in a band in Kentucky that he’d started with his friends. And he ended up in Florida, then came to LA and accidentally became an actor. He wasn’t really looking to be an actor.”

“And so what surprised us was how good a guitarist he was. He got up there and he could play on anything. He just did some shows with Jeff Beck. If you’re a guitar player and you’re playing with Jeff Beck, there must be something good going on there.”

“Johnny gets up and does solos with Joe Perry – who is considered one of the great guitar players in rock – and just kills it.”

Alice Cooper also talked about performing live for such a long time in his career:

“I still look forward, every night, to going up on that stage. I think I was born to do this. And creating a character like Alice Cooper, which isn’t like you at all – he’s like an arrogant villain. He’s sort of like Alan Rickman. A kind of condescending villain, and that’s really fun to play, every single night. I’ve got a band that’s probably the best touring band out there, and it’s impossible to get bored with our show.”