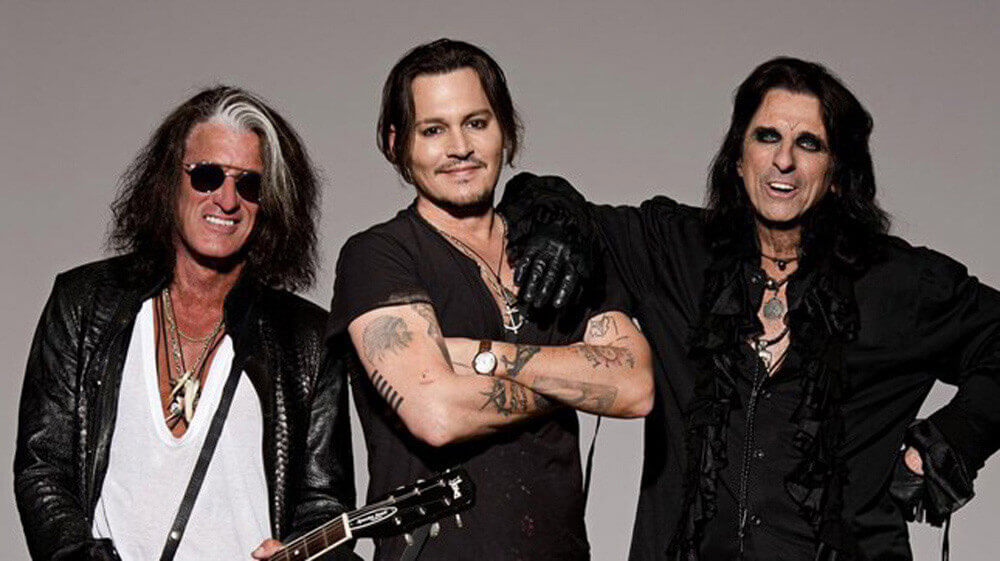 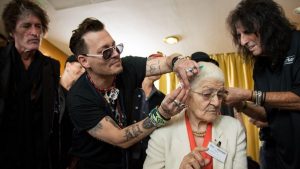 “Johnny was a guitar player way before he was an actor. We all kinda knew that. I didn’t know how good he was until he came up and played with us two or three times. When we put the Hollywood Vampires together, one night Joe got sick and couldn’t play, and Johnny played all the leads.

“Everybody in the audience was in shock, because Johnny’s a great guitar player. He’s not an actor trying to be a rock star; he’s a rock star that accidentally became an actor. 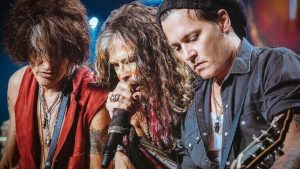 “There was a movie that he did called ‘Chocolat’ where he played a gypsy jazz guitar player, and he plays all the Django Reinhardt stuff, and that’s the stuff Joe was sitting there listening to going, ‘What is that?’ [Johnny] goes, ‘Let me show you how to play this stuff.’

“I’m watching Joe trying to pick up the chording on the stuff and I’m going, ‘That’s great! These two guitar players are teaching each other stuff!'”