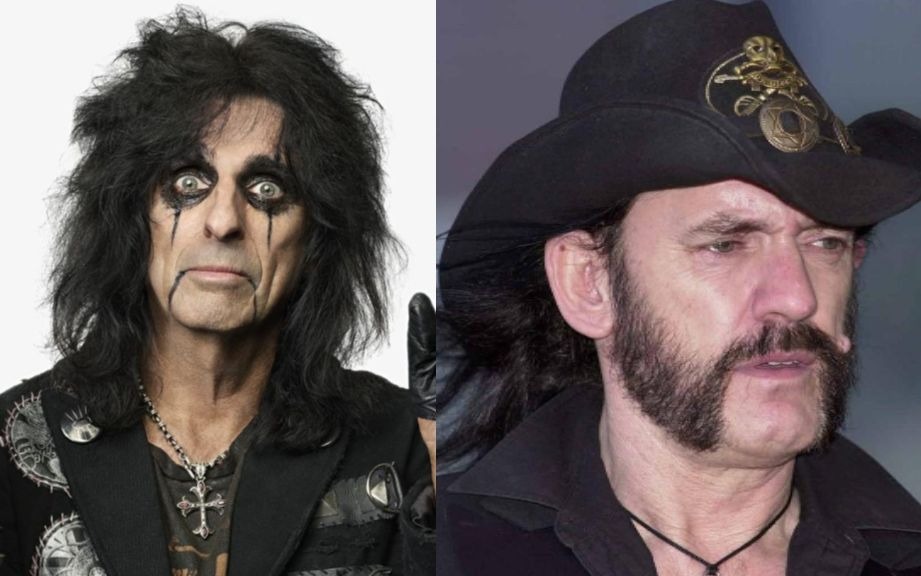 In an interview with Kerrang, the legendary singer Alice Cooper revealed that if Motörhead’s Lemmy Kilmister was alive he would be on Hollywood Vampires. Band that is formed by Cooper, Joe Perry (Aerosmith) and Johnny Depp.

“If he were alive, Lemmy would certainly be a Vampire. He’d probably be our bass player! All of us knew Lemmy, on different levels, because he played with us so many times – everyone in the band had done tours with Lemmy. He was sort of a journeyman. I quit drinking 37 years ago, but he came to me once and said, ‘Alice. I quit drinking.’ And he had a drink in his hand! And i was sitting there going, ‘That’s great – and that must be Coca-Cola?’ He said, ‘No, there’s a little whiskey in there.’ His idea of not drinking was not drinking a bottle of whiskey each night. Maybe just five or six drinks.”

Hollywood Vampires pay tribute to a lot of people who died from excess – what’s your advice for young musicians today?

“I mean, I stopped drinking 37 years ago, because I got up one morning and threw up blood. I knew that it’s not smart to join the 27 Club, but my doctor said, ‘If you really want to join them, just keep doing what you’re doing.’ I got the point. If you look at guys like Steven Tyler and Iggy and myself – all the guys that are still here touring – it’s all because we got a hold of our addictions and decided we’d rather make 20 more albums than be in a cold grave somewhere.”

You’ve been performing live for such a long time. What’s the most satisfying part about still being onstage today?

“I still look forward, every night, to going up on that stage. I think I was born to do this. And creating a character like Alice Cooper, which isn’t like you at all – he’s like an arrogant villain. He’s sort of like Alan Rickman. A kind of condescending villain, and that’s really fun to play, every single night. I’ve got a band that’s probably the best touring band out there, and it’s impossible to get bored with our show.”